Centre of Excellence in Marine Biotechnology in Odisha soon! 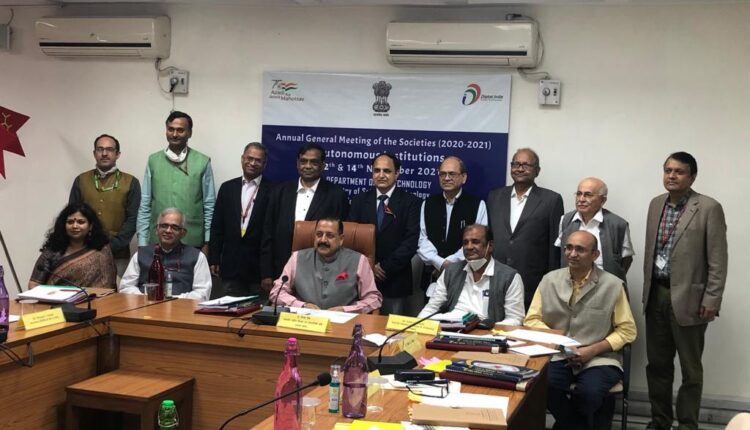 Bhubaneswar: Establishment of a Centre of Excellence in Marine Biotechnology in Odisha has been mooted, keeping in view the vast coastline, said Ashok Chandra Panda, Minister, Science & Technology, while speaking at the 20th Annual General Body Meeting of Institute of Life Sciences, Bhubaneswar in New Delhi, today.

Panda said that a comprehensive proposal on the establishment of such centre in Marine Biotechnology for Eastern Ghat has been submitted to the Department of Biotechnology, Government of India. The proposal aims at bio-prospecting for novel compounds and drug candidates, generating genomic resources and contributing to the ecological restoration and enhanced livelihood of the coastal communities.

The minister further suggested to include Kandhamal district in National Network Programme on Tribal Health and Nutrition, adding to Nabarangpur, an aspirational district declared by the centre in which ILS is presently involved.

He appreciated ILS for its significant contribution during COVID pandemic through extensive testing and research activities on Delta variants.

The meeting was presided over by Dr. Jitendra Singh, Minister of State (Ind), Science, Technology and Earth Sciences, GoI. Dr. Singh advised that the institute should increase its skill development promotion programmes by providing skill based training to unemployed and science teachers in order to substantiate the schemes such as doubling the farmers’ income, Poshan Abhiyan, Atmanirbhar Bharat, Skill India and Startup.

Dr. Ajay Parida, Director of ILS, Bhubaneswar presented the salient features of the institute and said that setting up of an immunogenicity platform has been approved and the incubation centre of the institute is doing well. He said that Review Committee has praised highly the institute for its advanced technological approach, sound experimental designs and result oriented time bound performances.

Children’s Day 2021: All you need to know about Bal Diwas on Jawaharlal Nehru’s birthday