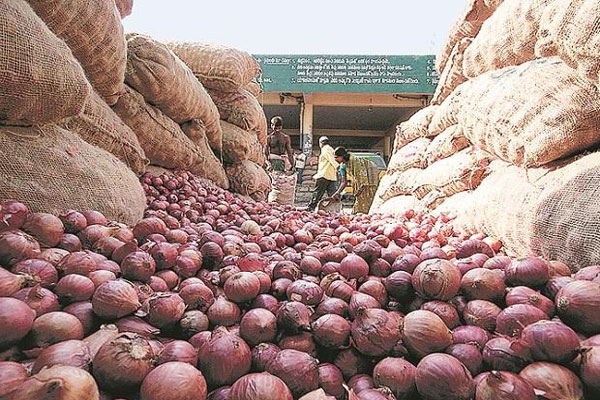 New Delhi: With supplies running short and onion prices at Rs 80 a kg, the Consumer Affairs Ministry said on Tuesday that the government will act as a facilitator for onion imports to ease the process and ensure a quick and healthy supply from other countries.

This decision was taken at a meeting of the inter-ministerial committee on Tuesday as it again reviewed the prices and availability of onions.

It was decided that the Union Government will act as a facilitator for the import of onions, the Consumer Affairs Ministry said.

In this regard, the phytosanitary and fumigation requirements will be suitably liberalized to facilitate imports.

The decision to facilitate the import of onions indicates inadequate domestic availability as the government has been trying to boost supply from Maharashtra and other states. The government has been reviewing prices of essential commodities like onions in the festival season and with the Delhi political scene hotting up due to the forthcoming elections, high onion prices are known to be giant killers in elections.

The National Agricultural Cooperative Marketing Federation of India (NAFED) has been directed to supply the maximum possible quantities to the Delhi government, Mother Dairy and Safal for retailing. A team led by Additional MD, NAFED will go to Nashik and take stock of the situation and facilitate the movement of supplies from Maharashtra to consuming regions including Delhi and adjoining areas.

Two Inter-Ministerial teams are to be dispatched on Wednesday and Thursday to Karnataka and Rajasthan to take stock of the onion supplies and encourage the supplies to consume regions including Delhi-NCR.

The Rajasthan government has already assured quick movement of onions posts harvesting to augment supplies. Harvesting has already commenced in some areas.

The Delhi Government has been advised to depute officials to the inter-ministerial team going to Karnataka and Rajasthan. They were also advised to hold meetings with traders and encourage them to pick up available supplies in the region. They should also discourage traders from profiteering and speculative pricing, the Ministry said.