Chahal’s spot not under scanner after PBKS loss: RCB’s Katich 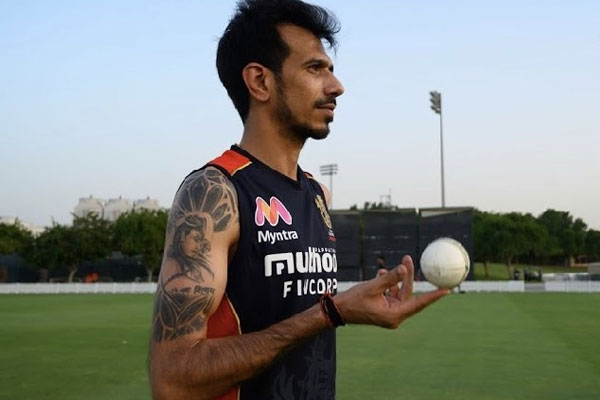 Ahmedabad:  The patchy form of Royal Challengers Bangalore’s (RCB) Yuzvendra Chahal is not a big concern for their coach, Australia’s Simon Katich, who said that the spinner’s spot in the team was “not under the scanner” after the team’s 34-run loss to Punjab Kings.

The 30-year-old attacking leg-spinner conceded 34 runs in his four overs, taking just one wicket on Friday.

“I wouldn’t say his (Chahal’s) spot is under the scanner. I think, today they (PBKS) bowled a much better length than we did. In terms of the way the wicket played, it certainly looks it got slower and slower as the game went on. We were off our length a little bit, but Yuzi (Chahal) fought back well after a slow start. But it’s never easy to play catch-up as a spinner when you’ve been hit in the first over,” said Katich during the post-match press conference on Friday.

RCB have lost only two games so far in this IPL edition but in both the games, they have been completely outplayed. Asked if emphasis is given to net run-rate while planning and executing strategies, Katich said, “Our net run-rate took a hit today, but Punjab, I think, played the conditions better. They assessed the situation well with the bat and got to a very good total. Obviously, we lost our way in the middle of the innings and probably left our run (rate) a bit too late.”

Katich conceded that PBKS’s KL Rahul (91*) was outstanding at the top of the order. “He marshalled them to 180-odd runs which in the end was well over par on that wicket given it was only the second time it was used. It was used last night as well.”

With the next game against Kolkata Knight Riders (KKR) on May 3, Katich said that, “One thing RCB is good at is bouncing back, so expect a good show from us when we play KKR next.”

In the two games that RCB have lost so far, they have conceded too many runs in the last few overs. Asked if it was affecting the team’s morale, Katich said, “It’s something we addressed when it happened in Mumbai (against CSK). We’ll address this (loss to PBKS) in the review once the dust settles. We learnt a lot after the CSK game in Mumbai and expect the same after today’s loss and come back strongly against KKR.”