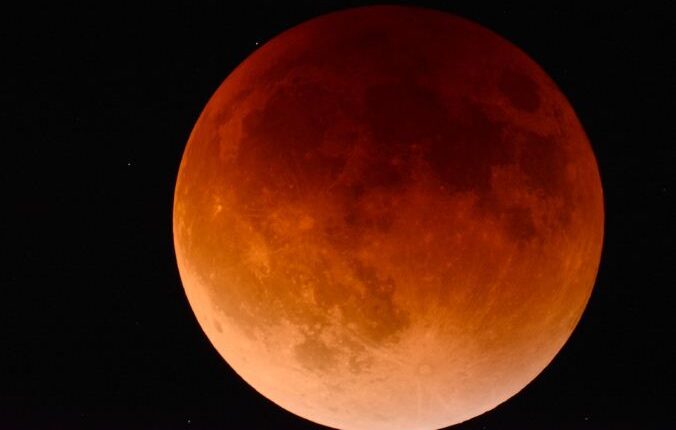 Bhubaneswar: A partial eclipse of the moon will occur on November 19 and a small span of the partial phase of the eclipse towards the end would be visible from parts of Arunachal Pradesh and Assam.

From India, just after moonrise, ending of partial phase of the eclipse will be visible for a very short span of time from extreme north eastern parts of Arunachal Pradesh and Assam.

Lunar eclipses occur when the moon passes into the Earth’s shadow. In this case, the partial eclipse phase will last 3 hours, 28 minutes and 24 seconds, and the full eclipse for 6 hours and 1 minute, making it the longest partial eclipse in 580 years, according to Indiana’s Holcomb Observatory, located on the campus of Butler University in the US.

“Longest partial eclipse of the century to occur in the pre-dawn hours of November 19th. This will also be the longest partial lunar eclipse in 580 years!” the observatory tweeted.

Sky observers will get a view of a subtly changing moon, which may even take on a reddish hue. This will also be the last lunar eclipse of the year.

The US space agency said that the eclipse will take place in four main phases — at 1.02 a.m. EST the moon will enter the penumbra, or the lighter part of the moon’s shadow. This phase is usually hard to spot without special equipment because the darkening is so slight.

The maximum eclipse will take place at 4.03 AM EST, when 97 per cent of the moon’s face covered by the deepest part of the Earth’s shadow will probably turn a deep red, the observatory said.

At least part of the eclipse will be visible in North and South America, Eastern Asia, Australia, and the Pacific Region, NASA said.

For US East Coast observers, the partial eclipse begins a little after 2 a.m., reaching its maximum at 4 in the morning. For observers on the West Coast, that translates to beginning just after 11 p.m., with a maximum at 1 a.m.

“Partial lunar eclipses might not be quite as spectacular as total lunar eclipses — where the moon is completely covered in Earth’s shadow — but they occur more frequently. And that just means more opportunities to witness little changes in our solar system that sometimes occur right before our eyes,” NASA said.

When Rani Mukerji had a crush on Shah Rukh, Aamir Khan