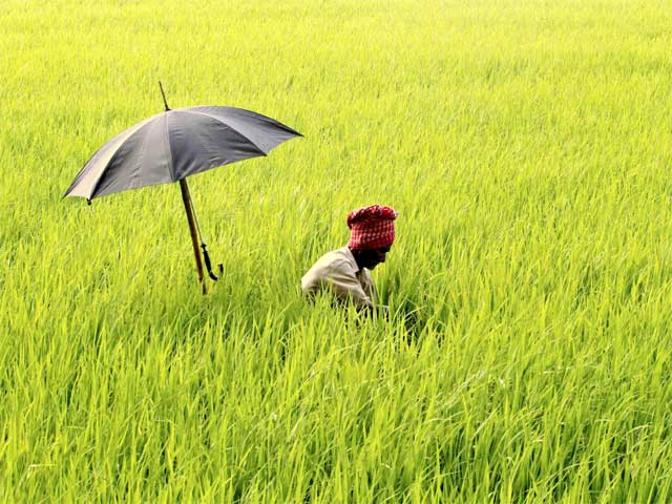 New Delhi: India can shift geographies where crops are procured from and grown and meet its procurement targets on average without irrigation while increasing net farm income and arresting groundwater depletion, a new study published in Nature suggests.

Most of India’s current procurement for both wheat and rice come from certain states and especially in northwest India, the states of Punjab and Haryana have witnessed drastic fall in groundwater levels due to excess extraction for the two crops.

The study ‘Solving groundwater depletion in India while achieving food security’, published on Monday, identified specific changes in the Indian government’s procurement and distribution system as a primary solution lever.

The researchers used over a century of daily climate data and recent spatially detailed economic, crop yield, and related parameters to use an optimisation model to show that by shifting the geographies where crops are procured from and grown, the government’s procurement targets could be met on average even without irrigation, while increasing net farm income and arresting groundwater depletion.

“We consider two scenarios, one ‘Irrigation Zero’ i.e., rainfed agriculture, and two, ‘Irrigation Capped’ i.e., irrigated agriculture. Using the optimisation model with these two scenarios and recent crop procurement prices (or the Minimum Support Price), we identify which crops should be grown and procured by the government from each district to meet food security and nutritional needs while accounting climate variability over the last century. The integral consideration of district-level crop choice and productivity, climate variability, and economics provides an effective contribution to national policy goals that goes beyond prior related work,” researchers Naresh Devineni, Perveen Shama, and Upmanu Lall from City University of New York and Columbia University said.

Averaging over the 109-years’ climate scenario provided the average annual contributions to the net revenue function and to the constraints. The researchers used only the kharif season for crops and irrigation in their analyses but used annual values for the procurement targets and nutrition. “The nutritional value derived from the new national PDS production meets or exceeds the recommended intake and is greater than the current nutritional intake. The caveat is that it does require the government to procure more pulses and oilseeds than it currently does,” the study said.

Using the spatial distribution of the optimal cropping pattern under the two water supply scenarios where the cultivated rice area in the northern arid states of Punjab, Haryana, and the Indo-Gangetic Plain is reduced by over 75 per cent reflected the water supply imbalance that is driving groundwater depletion and high subsidised energy use in these regions.

“We performed a sensitivity analysis on the net unit revenue (i.e., support price – the unit cost of cultivation) for the different crops and found that the optimal spatial allocation for rice, other cereals, and oilseeds is robust to these changes. The spatial crop allocation pattern from the optimisation model does not change even if net unit revenue for each of these crops was reduced one at a time by 10-50 per cent,” the researchers said.

Terming how it is “remarkable” that a single lever at the command of a government “can be tweaked to achieve a significant change in a nation’s water, food, and energy outcomes,” the study said, a refocusing of the PDS could indeed allow India to facilitate a transition to a sustainable water-energy-food future.

Accounting for the historical climate variations, the study said, climate change projections for the 21st century continue to be somewhat uncertain. “Consequently, an adaptive strategy that considers five-year plans and associated climate change scenarios would provide a robust strategy for moving toward a sustainable future.”

WHO likely to declare monkeypox a global health emergency