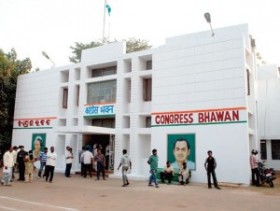 Bhubaneswar: With the demand for change in leadership of Odisha Congress growing louder,  All India Congress Party (AICC) Vice-President Rahul Gandhi has summoned party MLAs from the state for a discussion in New Delhi on May 5.

Party MLAs are likely to leave for the national capital tomorrow to attend the meeting.

Sources said the meeting is likely to have discussions on selection of a new chief for Odisha Pradesh Congress Committee (OPCC) and several organisational changes in the party ahead of the 2024 Assembly elections.

Last week, Congress Odisha In-charge A Chellakumar, during his two-day visit to the state, held discussions with party leaders and said a decision regarding new OPCC President is likely to be finalised within a week.

“I will submit a report to the the AICC and the party will take a final decision on appointment of the next OPCC chief,” Chellakumar had said after his two-day programme in the state capital.

Worth mentioning, OPPC President Patnaik had resigned from the post in 2019 following the party’s debacle in the general elections but his resignation was not accepted by the party high command.