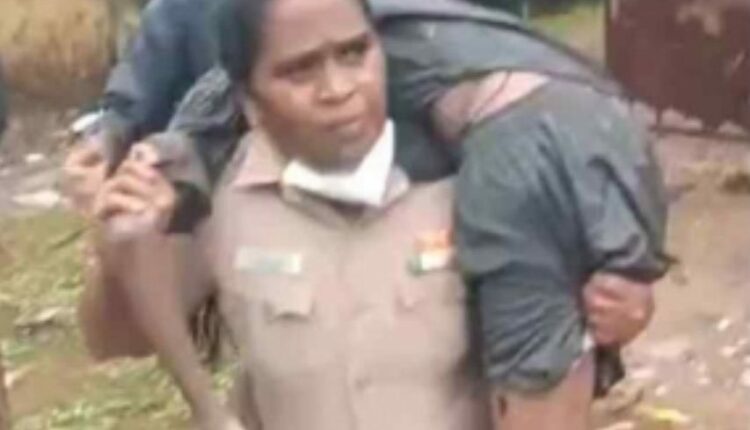 Chennai: A woman officer of the Chennai police, E. Rajeswari rescued a man from underneath a tree that fell upon him at T.P. Chatram area.

The woman police officer told media that she received a call from the control room stating that a man had been killed as a tree fell upon him.

“I received a call that a tree fell on him at the cemetery in T.P. Chatram, and my team and I reached the spot immediately. On close inspection, I found that he was unconscious but alive,” she said.

The man, Udhayakumar, 28, was working at the T.P. Cemetry and his friend informed the control room that he had died after the tree fell upon him.

Rajeswari told media that she pulled up the friend of Udhayakumar for not rushing the injured man to the hospital.

The inspector also said that the duo had drunk the previous night and the friend did not bother to take Udhayakumar to the hospital. The video of her carrying Udhayakumar on her shoulders went viral.

She immediately took an autorickshaw and sent Udhayakumar along with his friend to the nearby general hospital.

The injured person is out of danger and doctors said that he suffered a concussion.