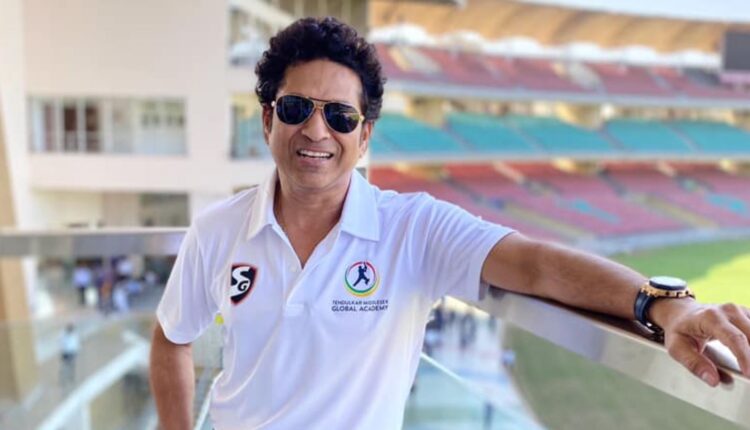 Mumbai: Chennai Super Kings on Sunday celebrated Sachin Tendulkar’s 49th birthday by recalling the 1998 tri-series epic final against Australia in Sharjah that saw the legendary cricketer play one of his finest knocks ever.

It was on this day in Sharjah on the occasion of his 25th birthday that the rampant ‘Little Master’ put on a show of batting masterclass against the likes of Australia’s Damien Fleming, Michael Kasprowicz and Shane Warne, smashing them for 12 boundaries and three towering sixes, en route to his match-winning knock of 134 off 131 balls.

Thousands of fans, present and former cricketers and noted celebrities across the world took to social media to congratulate Tendulkar on his birthday. But on the occasion, CSK recollected the masterful innings that will remain etched in every cricket fan’s mind for decades to come.

After a terrific 143 off just 131 balls against the same opposition in the penultimate ODI of the tournament, India faced Australia again in the final. Half-centuries from Steve Waugh (70) and Darren Lehman (70) helped the Australians set a 273-run target for India to take the cup.

Sourav Ganguly opened the batting alongside an in-form Sachin and the pair took off in no time, taking India off to a decent start before Fleming dismissed the left-hand batter. Joined by Nayan Mongia in the middle, Tendulkar added a steady 89-run partnership and reached his half-century off 47 deliveries. Tendulkar and skipper Mohammad Azharuddin, who followed next ensured India never went out of the chase as the batters kept the scorecard moving on par with the required run rate.

Tendulkar’s classy knock hit three figures in the 37th over as he reached his 15th ODI hundred. This was his second ODI hundred on the trot in less than 48 hours. The Little Master’s stunning effort with the bat ended after Kasprowicz caught him leg-before off the third ball of the 45th over.

“The applause at the end of the knock did not stop as almost every fan knew that they had witnessed a once in an era knock by the Little Master. Azharuddin’s 58, Ajay Jadeja (11 not out) and Hrishikesh Kanitkar (6 not out) saw the game through for India. His battle with the -best spinner in the world, the late Shane Warne, will still be fresh in the memories of every Indian cricket fan,” CSK wrote.

Former cricketer Parthiv Patel congratulated Tendulkar and said, “Happy Birthday to the man @sachin_rt who is synonyms to Cricket. To the Legend that inspired millions and paved way for a legacy that continues to shine.”

Royal Challengers Bangalore wicketkeeper-batter Dinesh Karthik tweeted, “There are greats, there are legends and then there is @sachin_rt. Wishing you a very happy birthday. #HappyBirthdaySachin.”

Sunrisers Hyderabad posted a collage of pictures of Tendulkar and tweeted, “A benchmark for all batsmen who followed him, and an inspiration for generations to come. Happy Birthday, @sachin_rt.”

Punjab Kings skipper Mayank Agarwal posted an image on him with Tendulkar an tweeted, “Happy Birthday sachin_rt paaji! You are an inspiration… your humility is admirable, your guidance invaluable. It’s always a pleasure to spend time with you and learn more about the game.”