Chera pahanra: The holy ritual that brought a king and a princess together! 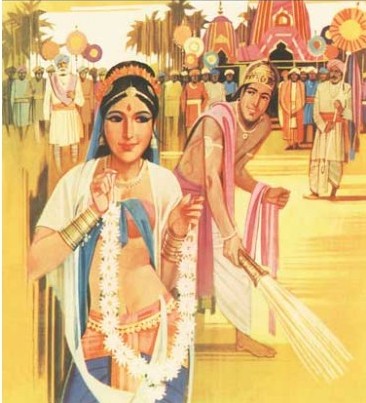 Bhubaneswar: As legend promulgates, king Purusottama of Puri desired to marry princess Padmavati of Kanchi. With the acceptance of king of Kanchi the marriage was underway. But the path was not destined to be trouble free.

On his visit to Odisha for the annual chariot festival (Ratha Jatra), king of Kanchi was shocked to find king Purushottama performing Chera pahanra (customary sweeping of the chariot floor by the Puri king before Ratha Jatra). Seething in fury, the king returned to Kanchi and cancelled the wedding sending a message that he won’t give his daughter away to a menial who swept floors.

For Purushottama, this rejection was not only a personal insult but an abuse of his deity. Hurt and angered, he sought vengeance by vowing to capture the princess after taking over the kingdom of Kanchi.

He raged a war against Kanchi but was defeated. Desperate, he prayed for help before Lord Jagannath. The Lord appeared in his dreams and directed him to make a new attack. With renewed confidence Purushottama led his army into Kanchi. This time the king of Kanchi was defeated and Purushottama successfully captured the princess. It is said that Purushottama’s army was headed by Balabhadra and Jagannath riding on white and black horses respectively, hence he emerged victorious. This conquest is popularly known as the Kanchi abhijaana.

In order to materialize his second revenge, he instructed his minister to find a suitable sweeper for the captive princess to marry.

When time came for the next chariot festival, the adroit minister persuaded the princess of Kanchi to place the garland on the king’s neck at the time of chera pahanra. Taken aback, Purushottama demanded answers to which the minister very humbly explained that he was merely following orders, marrying the princess to the most “eligible” sweeper in the state. Purushottama, falling short of any arguments, accepted princess Padmavati as his wife.