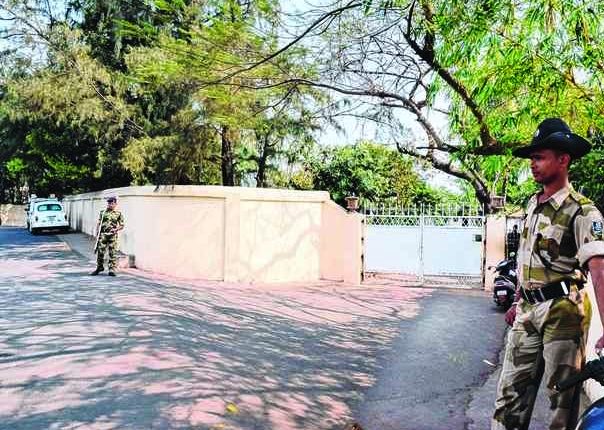 Bhubaneswar:  Director of Odia movie ‘Chhabirani’, which is based on the true story of sensational gang rape and murder of journalist Chhabirani Mohapatra back in 1980, today attempted suicide in front of Naveen Niwas here today.

Director Babi Islam attempted to end his life alleging that copied movies like ‘Hope’ and ‘Carry on Jatta’ received State Film Awards while his movie, which is based on an original story, was not recognized by the Jury. However, on-duty security personnel rescued the two and handed them over to police.

Worth mentioning, Chhabirani was gang raped and murdered on the banks of Biluakhai river on October 3, 1980. Chhabirani and her husband Nabakishore, who worked with a vernacular daily in Jagatsinghpur district, were targeted by some activists of the then ruling Congress for writing articles on corruption in the Government.

On the fateful day, when the two along with their infant son, were leaving the village, a group of miscreants waylaid them. Chhabirani managed to convince her husband to take their son to safety leaving her on the spot. Later, the culprits took turns to rape her before killing her on Biluakhai riverbed.

In 2002, all the accused were convicted and sentenced to life imprisonment.

Colonel, wife, son and three others killed in ambush