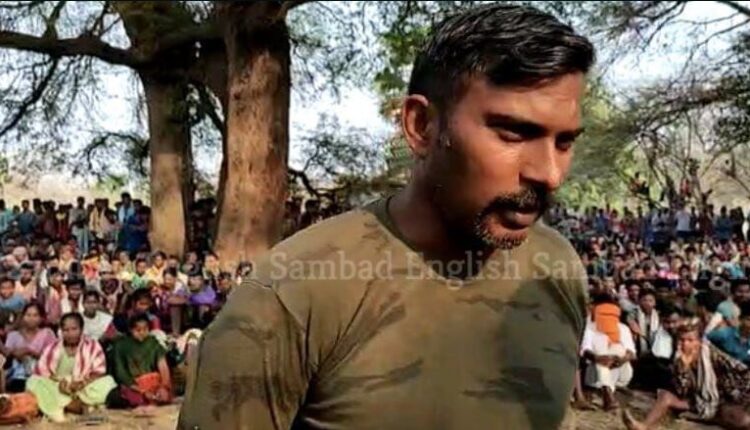 Bijapur: CoBRA Jawan Rakeshwar Singh Manhas, who was taken hostage by Maoists since April 3 in Bijapur-Sukma border area in Chhattisgarh, has been released by them.

Rakeshwar Singh was released today evening and is completely fine.

The wife of Rakeshwar Singh, Meenu said, “We are very happy after getting the news of my husband’s release. The period during which my husband was held hostage by Maoists was the most difficult time for us.”

The CRPF commando was held captive by the Maoists in Chhattisgarh for over 100 hours after the April 3 gun battle.

Rakeshwar Singh, a constable of the 210th CoBRA (Commando Battalion for Resolute Action), an elite wing of the CRPF, was safely handed over to the state police and to Central Reserve Police Force (CRPF).

The trooper had gone missing during the fierce gun battle with over 300 PLGAs ultras in Chhattisgarh’s Bijapur district on April 3 in which 22 security personnel were killed and 31 were injured. Over 1,000 security personnel of the CRPF and Chhattisgarh’s District Reserve Guard (DRG) and Special Task Force (STF) took part in the operation. The gun battle took place on Saturday noon near Tekulgudem village under Tarrem police station.

The Dandakaranya Special Zonal Committee of the outlawed CPI-Maoist on Tuesday announced Manhas was “safe” in their custody and sought an interlocutor appointed to for his release.

As the Ministry of Home Affairs, in close coordination with the Chhattisgarh government, was busy in scrutinising the names of likely interlocutors, the ultras released the CRPF commando.

Worth mentioning, a total of 24 jawans were martyred and the Cobra jawan went missing during an encounter with Maoists in Sukma-Bijapur area on Saturday.

As many as 31 jawans were injured in the incident.

Web series on Leonardo Da Vinci in India ahead UK, US

[WATCH] CoBRA jawan produced before ‘praja court’ prior to release