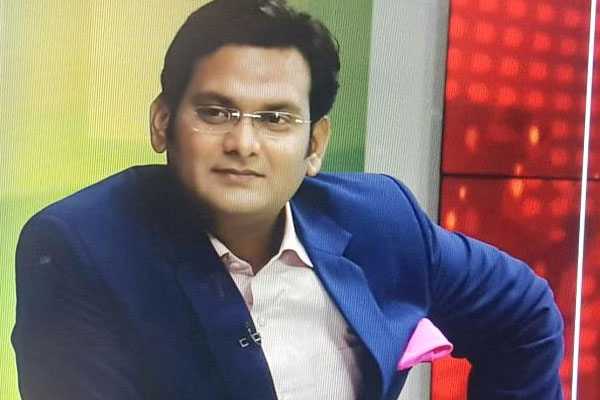 A cases regarding the matter has been filed against Rohit Ranjan at Noida Sector-20 Police Station. The news anchor earlier misquoted Rahul Gandhi’s video statement and had subsequently corrected himself on a TV broadcast.

In the early hours of morning today, Chhattisgarh Police reached the residence of the TV news channel anchor in Uttar Pradesh’s Ghaziabad to arrest him.

“Chhattisgarh Police is standing outside my house to arrest me without informing the local police, is it legal,” Rohit Ranjan, an anchor at a Hindi news channel tweeted earlier in the morning.

The Chhattisgarh police also replied to the anchor’s tweet asking him to cooperate with the police.

“There is no such rule to inform. Still, now they are informed. Police team has shown you court’s warrant of arrest. You should in fact cooperate, join in the investigation and put your defence in court,” said the police.

The journalist tweeted at 6.16 a.m. in the morning, the Chhattisgarh Police responded at 8.09 a.m. and half an hour later, the Ghaziabad Police also shared its reply.

“The matter is in the cognizance of the local police, the Indirapuram police station is on the spot, action will be taken as per the rules,” the Ghaziabad Police said.

Notably, the channel had played a ‘doctored’ video clip of Congress leader Rahul Gandhi in which he was heard calling the attackers of Udaipur incident as children, justifying the heinous killing of Kanhaiya Lal.

Pertinent to mention here that the original video was Rahul Gandhi’s comment on the SFI violence on his Wayanad office but it was deliberately and mischievously doctored to appear as if it was a comment on the heinous murder of Kanhaiya Lal in Udaipur.

On Saturday, the party also demanded an appropriate apology from the BJP on behalf of party leaders who shared the said ‘doctored’ video.

DRIEMS to get university status in Odisha

Show cause notices to Ola Electric, Okinawa, others on EV fires

No takers for Mumbai’s Jinnah House, where Gandhi,…