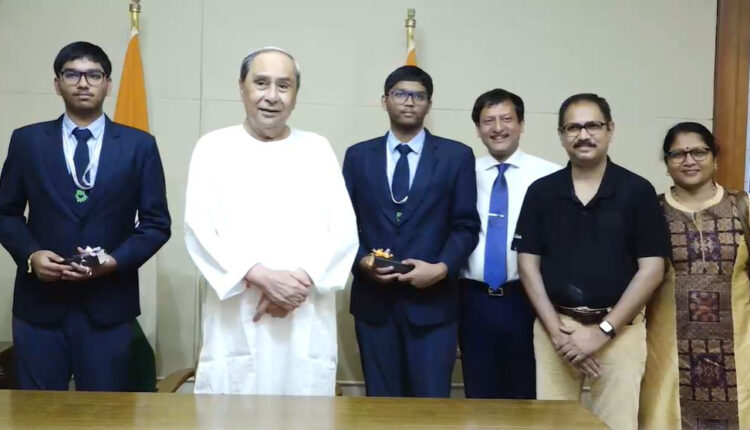 The Chief Minister congratulated them and wished greater success in future.

“I have given the prestigious JEE (Advanced) Exam and my AIR has come 11. I am the topper of Odisha and the CM has called me to felicitate,” the JEE topper Deevyansu expressed.

Parents of the children Chandan Malu and Swati Malu were present on the occasion.

News of the brother duo’s success has spread cheers in the family. “My sons got the rare feat after months of their struggle,” the twin children’s mother Swati earlier stated.

“I am immensely happy for the grand-sons and their success,” Divyanshu-Diptanshu’s grandpa said.