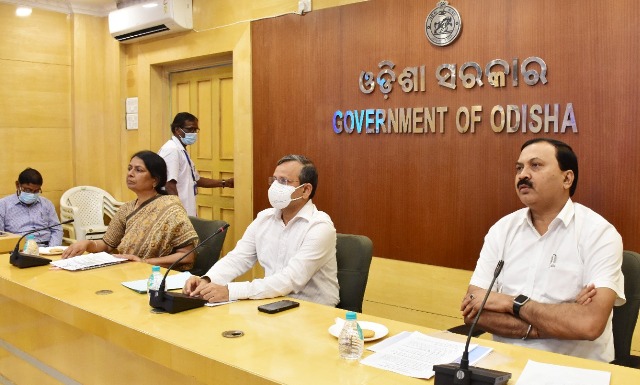 “Cyclonic storms usually hit Odisha in the months of October and November. The Chief Secretary today reviewed the preparedness to manage any such situation in the current cyclone season in Odisha,” said an official of Revenue and Disaster Management department.

According to the official, the Chief Secretary directed the officials to arrange equipment, manpower and essential commodities as per the standard operating procedure (SOP) of the state government for the ongoing cyclone season.

IMD Regional Director HR Bishwas told the meeting that the overall weather conditions are now favourable for cyclonic storms but there is no forecast for cyclone in the next 15 days.

It was revealed in the meeting that Odisha has proper infrastructure to predict the formation, intensity and possible impact of cyclones in Bay of Bengal.

The Chief Secretary has asked the officials of the Electricity department to take the necessary steps to restore the power supply within the shortest possible time in case of a cyclonic storm in Odisha.

The officials of the Water Supply department were told to make arrangements to provide potable water to people of coastal districts during cyclone-like calamities.

“The Chief Secretary has directed the officials of the Health department to store medicines and essential commodities to provide uninterrupted service to women, children, senior citizens and ailing people during the calamities. The Fire Brigade department has been told to maintain high alert during the ongoing cyclone season,” said the official.

This apart, the officials have been directed to get things ready to restore road communication and other facilities in the aftermath of a cyclone in Odisha coast.