Child dies after consuming medicine from quack in Odisha’s Rourkela 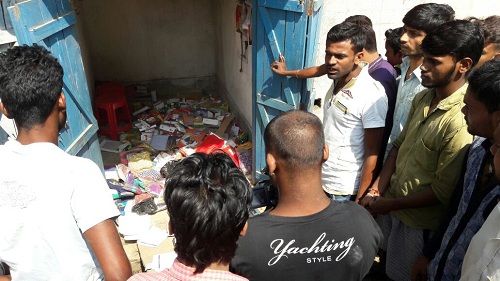 A child died after consuming medicine from a quack at Gopabandhupalli in Odisha’s Rourkela city today.

According to reports, the child was taken to a quack namely SK Biswal by his parents as he was suffering from fever.

As there was no improvement in the child’s condition, he was taken to a hospital where he was declared brought dead. Doctors at the hospital said that wrong treatment on the part of the quack led to the death of the child.

Following the incident, irate locals ransacked the quack’s clinic at Gopabandhupalli here. On being informed, police reached the spot and took situation under control.

As per latest report, no FIR was lodged against the quack.

Odisha CM Naveen Patnaik not to celebrate his birthday tomorrow