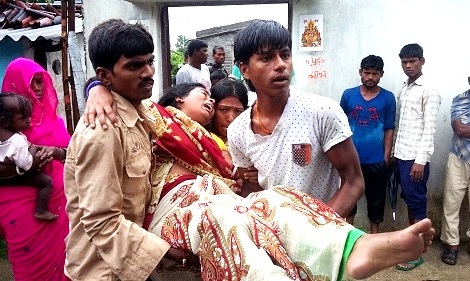 In a tragic incident, a six-year-old girl child was killed and two others of the family were injured in Baghamunda Biharipada in Hirakud town in Odisha’s Sambalpur district when a wall of the house in which they were residing collapsed due to low pressure induced heavy rains.

The deceased has been identified as Bebo Sahani.

Deceased Bebo’s mother Usha Devi Sahani and her brother have been critically injured in the accident.

They have been admitted to VIMSAR in Burla.

Her father Hira Sahani has, however, escaped unhurt.

The deceased’s family has been provided with an assistance of Rs 14,000 by Red Cross.

Political parties chalk out strategy for rural polls in Odisha

Showers may pour cold water on twin festivities in Odisha