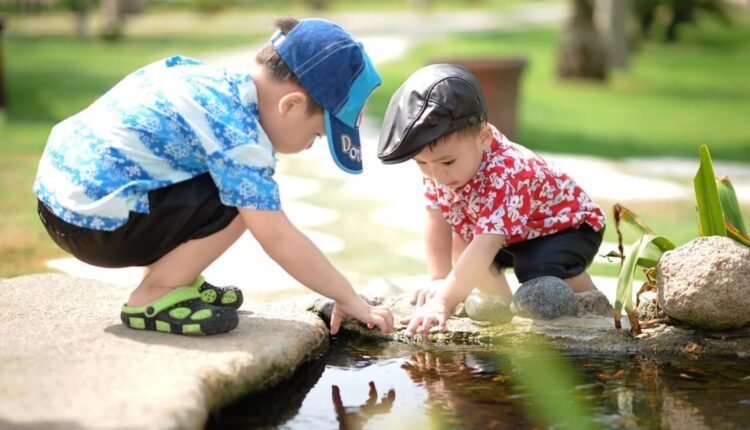 Children’s Day or Bal Diwas is celebrated in India on November 14, the birth anniversary of Jawaharlal Nehru, India’s first Prime Minister. He was born in the year 1889.

Pandit Nehru, fondly remembered as Chacha Nehru by the children of India, advocated for children to have all-rounded education that would build a better society in the future. Nehru considered children as real strength of a nation and foundation of society.

Children’s Day was initially celebrated on November 20 as part of the Universal Children’s Day, declared by the United Nations. After Jawaharlal Nehru’s death in 1964, India began celebrating his birth anniversary as Children’s Day.

Jawaharlal Nehru had immense hope and confidence in the children of India. He established Children’s Film Society India in 1955 so that Indian children could see themselves represented.

Nehru’s legacy continues to educate the children of India. He is known to have said, “The children of today will make the India of tomorrow. The way we bring them up will determine the future of the country.”

On this occasion of Jawaharlal Nehru’s birth anniversary, here are best quotes by him.

We live in a wonderful world that is full of beauty, charm and adventure. There is no end to the adventures that we can have if only we seek them with our eyes open.

Time is not measured by the passing of years but by what one does, what one feels, and what one achieves.

Culture is the widening of the mind and of the spirit.

Life is like a game of cards. The hand you are dealt is determinism; the way you play it is free will.

Peace is not a relationship of nations. It is a condition of mind brought about by a serenity of soul. Peace is not merely the absence of war. It is also a state of mind. Lasting peace can come only to peaceful people.

Failure comes only when we forget our ideals and objectives and principles.

Crises and deadlocks when they occur have at least this advantage, that they force us to think.

A moment comes, which comes but rarely in history, when we step out from the old to the new; when an age ends; and when the soul of a nation long suppressed finds utterance.

The forces in a capitalist society, if left unchecked, tend to make the rich richer and the poor poorer.

Loyal and efficient work in a great cause, even though it may not be immediately recognized, ultimately bears fruit.

The person who runs away exposes himself to that very danger more than a person who sits quietly.

It is only too easy to make suggestions and later try to escape the consequences of what we say.It is the habit of every aggressor nation to claim that it is acting on the defensive.