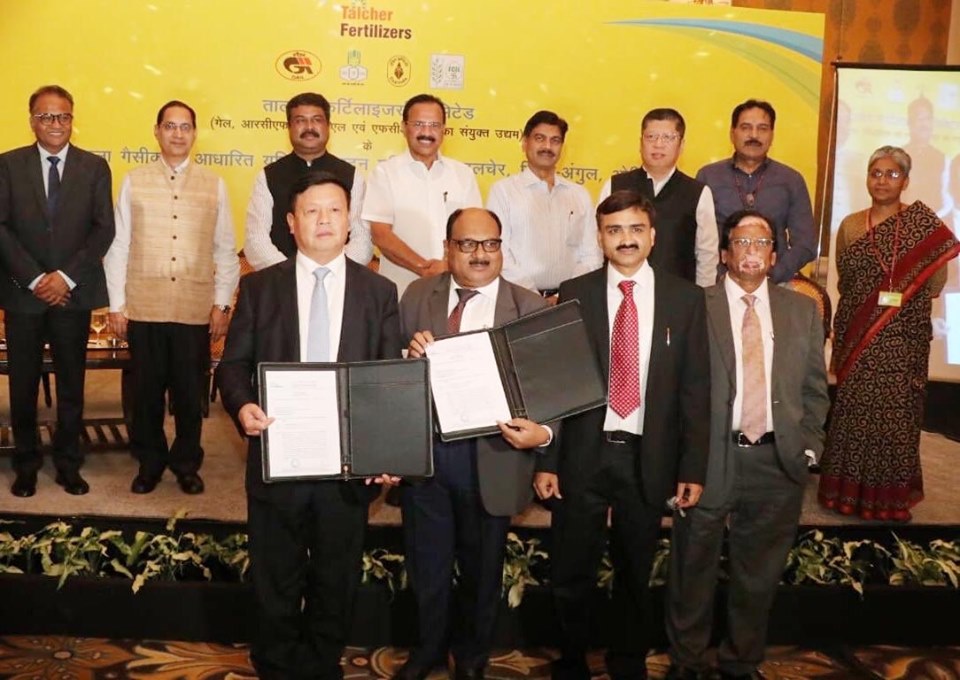 Bhubaneswar: Wuhuan Engineering Co. Ltd, a Chinese company, has been awarded the contract for revival of Talcher Fertilizer Plant in Odisha’s Angul district.

The company had emerged as the lowest bidder for the project which will become India’s first coal gasification based urea production facility.

Odisha’s Talcher Fertilizer Plant to be operational by…

Union Minister Dharmendra Pradhan, who attended the contract awarding ceremony, said the project is a path breaking step towards establishing new benchmarks of development for Odisha and eastern India.

Once operational, the plant will produce 1.27 MMTPA of urea in an environment-friendly way. Revived with an estimated cost of Rs 13000 crore, the project will propel agricultural growth in Odisha, the minister said.