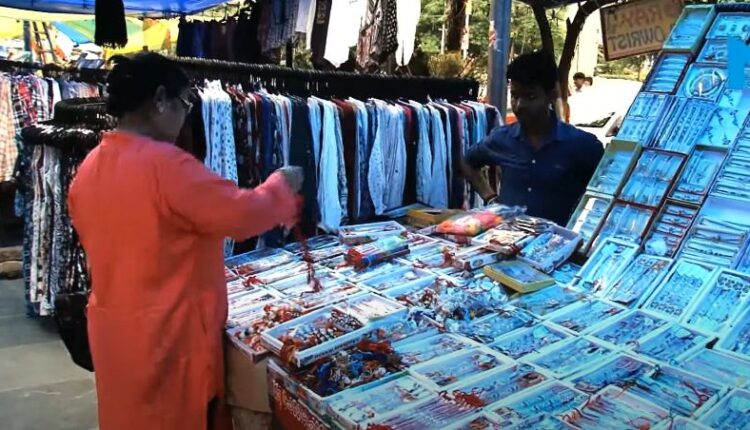 New Delhi: After the Galwan Valley skirmish followed by the economic boycott of Chinese products by India, toys, rakhis and other decorative goods from China may not be sold in the market this festive season.

Indian businessmen have stopped placing orders for toys and decorative lights from China.

Rakhi manufacturer and wholesaler in Delhi’s Sadar Bazar Magan Jain said the decorative items used in rakhis were no longer being imported from China, so the Chinese accessories will not attract customers on Raksha Bandhan this year.

He said that any businessman having Chinese goods in stock may use them to make rakhis, but this time around the customers are interested in indigenous rakhis.

The rakhis from Delhi’s Sadar Bazar are sold all over the country, but with less than a month left for this year’s Raksha Bandhan, the market is not decorated with bright rakhis as it used to be in previous years. Raksha Bandhan will be celebrated on August 3 this year. Jain said the rakhi business is sluggish this time due to the ongoing corona pandemic.

Toy Association of India president Ajay Aggarwal told IANS that the retail toy business in the country is worth around Rs 18,000- Rs 20,000 crore, of which around 75 per cent was met with imports from China.

Traders say the toy quality control order issued by the Indian government in February this year, which will be effective from September 1, will deter businessmen from importing Chinese goods.

According to a February 25, 2020 order by the Department of Promotion of Industry and Internal Trade, Ministry of Commerce and Industry, the display of the ISI mark on toys will be mandatory. This rule will be applicable to both imported and domestic products.

Aggarwal said that the order would enable Indian traders to have a level-playing field. Manu Gupta, managing director of Playgrow Toys Group, said the growing toy business in the country will provide employment to artisans, especially women.

Gupta said that stopping the import of toys from China would boost the domestic toy industry in the long run, contributing to the ‘Make in India’ and ‘Self-Reliant India’ campaign. In the short-term, it is possible that small retail traders may go out of business because 80 per cent of the toys come from China.

Ajay Aggarwal said India imports toys from Thailand, Malaysia and other countries also, but they are imported in bulk from China.