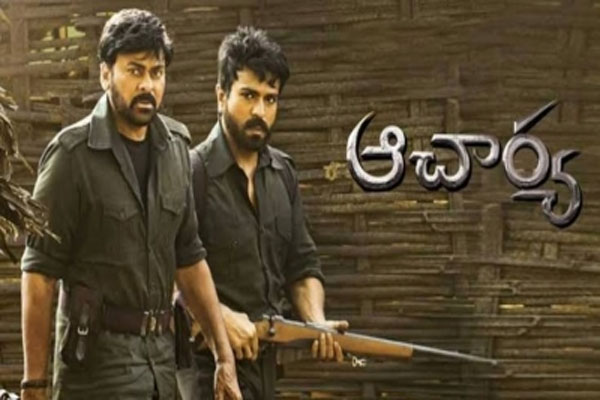 Hyderabad: The makers of Chiranjeevi and Ram Charan-starrer ‘Acharya’ have finalised the new release date. The Koratala Siva’s directorial will now hit theaters on April 29.

The makers who had a discussion with the team ‘RRR’ have decided to avert the clash at the box-office with the Rajamouli’s magnum opus-‘RRR”.

“After a healthy discussion and on mutual understanding, we would be releasing Acharya on April 29th as RRR would be hitting the screens on March 25th,” a statement from the makers read.

Speaking about the release, producers Niranjan Reddy and Anvesh Reddy said: “Due to the third wave, we postponed the movie from February. We then planned to release the movie for Ugadi on April 1. Nevertheless, we do approve of the rivalry between two big-ticket movies releasing simultaneously.”

“The pan-India movie ‘RRR’ will release on March 25. Since ‘RRR’ and ‘Acharya’ are huge movies, we and the makers of ‘RRR’ have arrived at a consensus. As per the mutual agreement, we decided to accommodate a release date for ‘Acharya’ so as to ensure a good amount of gap between the two releases.”

The producers assure the audience that despite the postponement, once the movie will hit the screen, Chiranjeevi’s fans will be very happy with the kind of output.

The film stars Kajal Aggarwal and Pooja Hegde as the female leads, who will appear as the heroines opposite Chiranjeevi and Ram Charan respectively.

The movie is produced by Konidela Production Company and Matinee Entertainments.

2K km of Rail network to be brought under KAWACH tech: FM

India to have its own digital currency by RBI next year: Nirmala Sitharaman