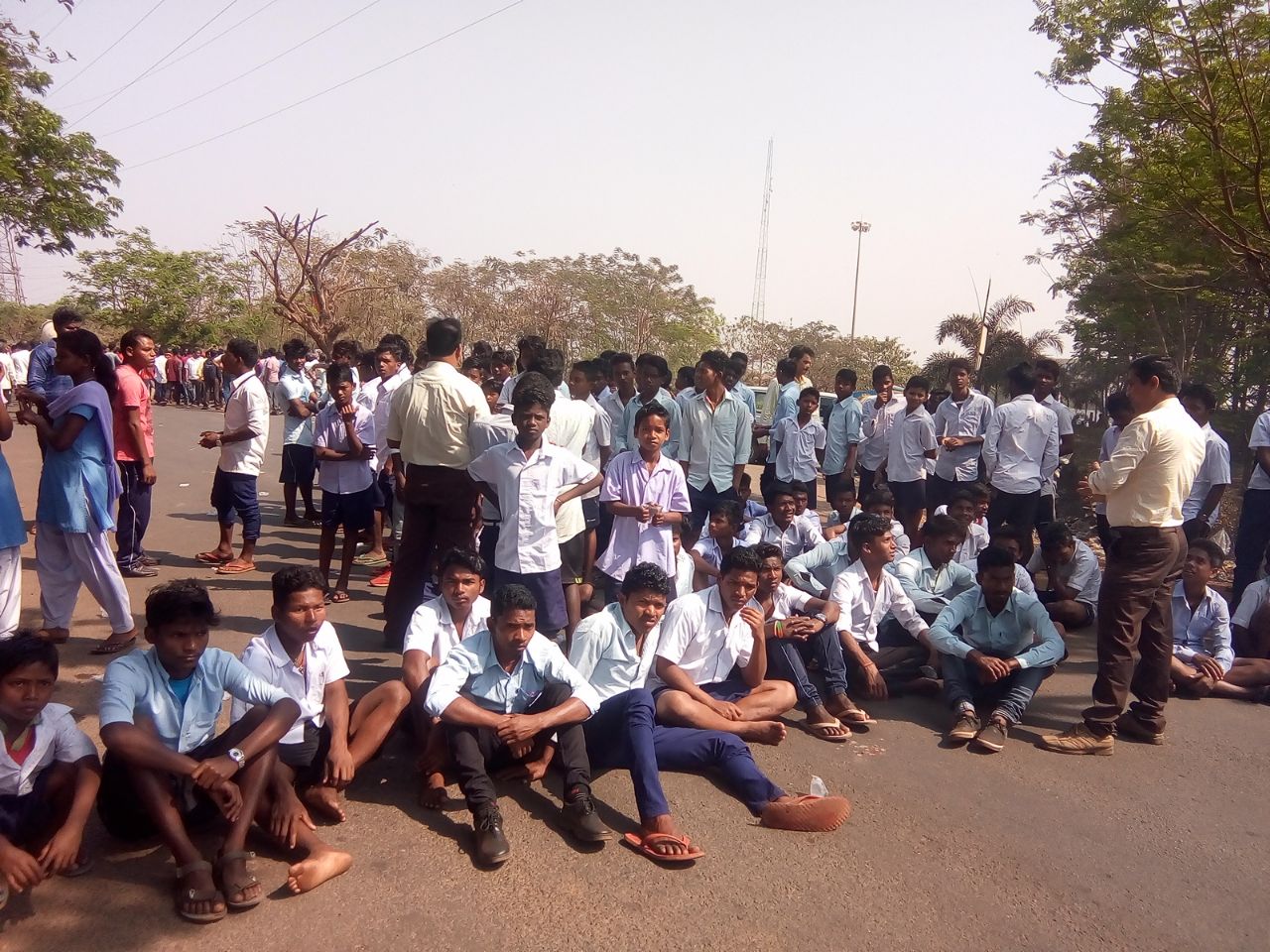 Jajpur: In a bizarre incident, some Central Industrial Security Force (CISF) jawans deployed at Tata Steel plant in Kalinga Nagar here allegedly thrashed as many as 33 students and two teachers of a sevashram school at Gobaraghati under Danagadi block of Odisha’s Jajpur district last night.

Protesting the attack by the security personnel, students and teachers of the school today blocked the Duburi-Chandikhole NH-57 in front of the steel pant’s main gate demanding action against the accused CISF jawans.

As per the allegations by the students, the jawans barged into the hostel of the sevashram school, thrashed them and their teachers, and damaged several articles.

On being informed about the road blockade, police reached the spot to take stock of the situation.

“The students and teachers have blocked the road alleging attack on them by CISF jawans. We are investigating into the matter. We will also hold discussion with them for a solution,” a police official said.

Though the reason behind the alleged act of the jawans was yet to be ascertained till last reports came in, it is suspected that the move of the security personnel came over pelting of stones by the students at the camps of the CISF jawans.