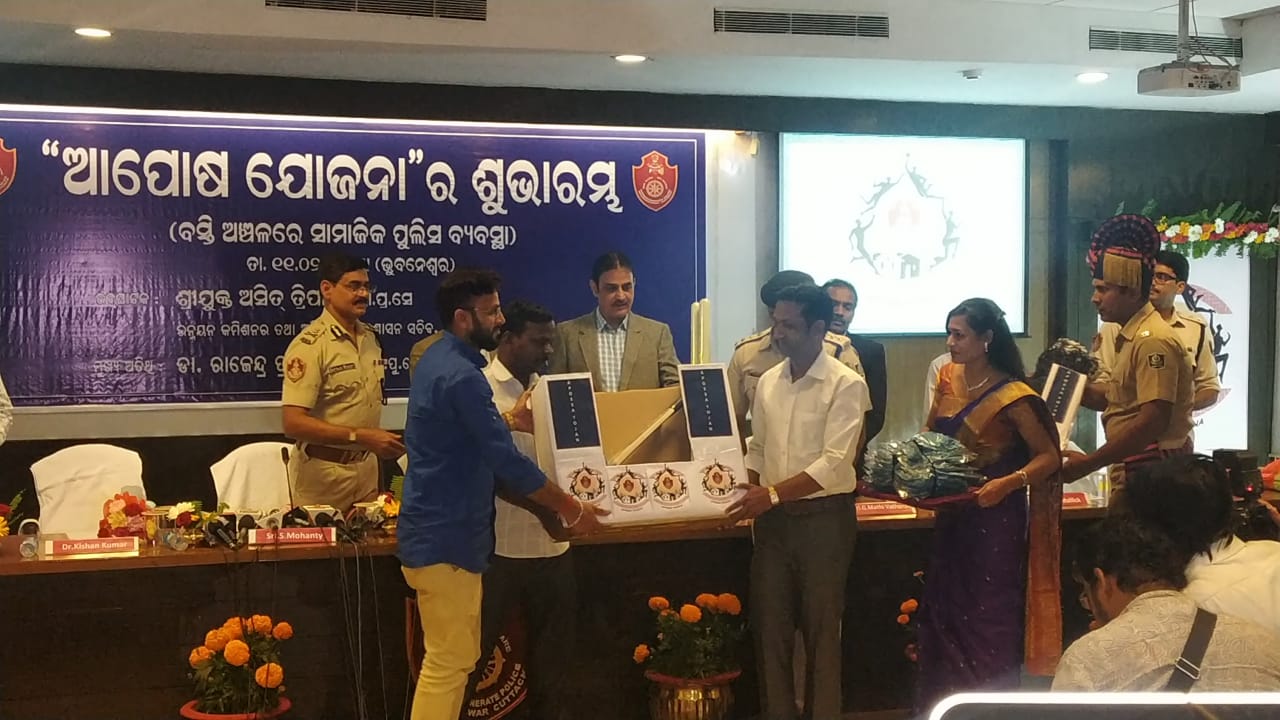 Bhubaneswar: In order to promote sports activities in slums and dissuade youths from substance abuse, the Commissionerate Police today launched “APOSSA YOJANA” (All-round promotion of sports in slums and Young juveniles against narcotics abuse) in the Twin City of Cuttack and Bhubaneswar.

Under the programme, various sports tournaments such as football and volleyball will be organised in the slums to motivate the youths for the good thing in life and instill a sense of social responsibility among them. The City Police also distributed sports equipment to children at five slums in Bhubaneswar and one in Cuttack.

Police Commissioner Satyajit Mohanty said the purpose of the initiative is to gain confidence of the youths living in the slum and to change their perception towards the police.

“Different sporting competitions and football and volleyball matches will be conducted between different slums in the city to keep the youths healthy and to stay away from criminal activities,” Mohanty added.

Brown sugar worth more than Rs 10 lakh seized, one held in…

According to the Commissionerate Police, since 40 per cent of the city’s population reside in various slums and most of the drug-peddling rackets are operating out these areas, traits like social bonding and social responsibility among these people should be inculcated.

Besides, the police personnel will regularly visit the slums to promote community policing in the areas.

Notably, the Commissionerate Police has arrested over 20 people and seized brown sugar worth Rs 30 lakh from them at different slums here including Haladi Padia, Salia Sahi among others. Mostly college-goers and youths were arrested for their involvement in the drug-peddling racket.