CJC protests Polavaram project along with BJD in Odisha’s Malkangiri 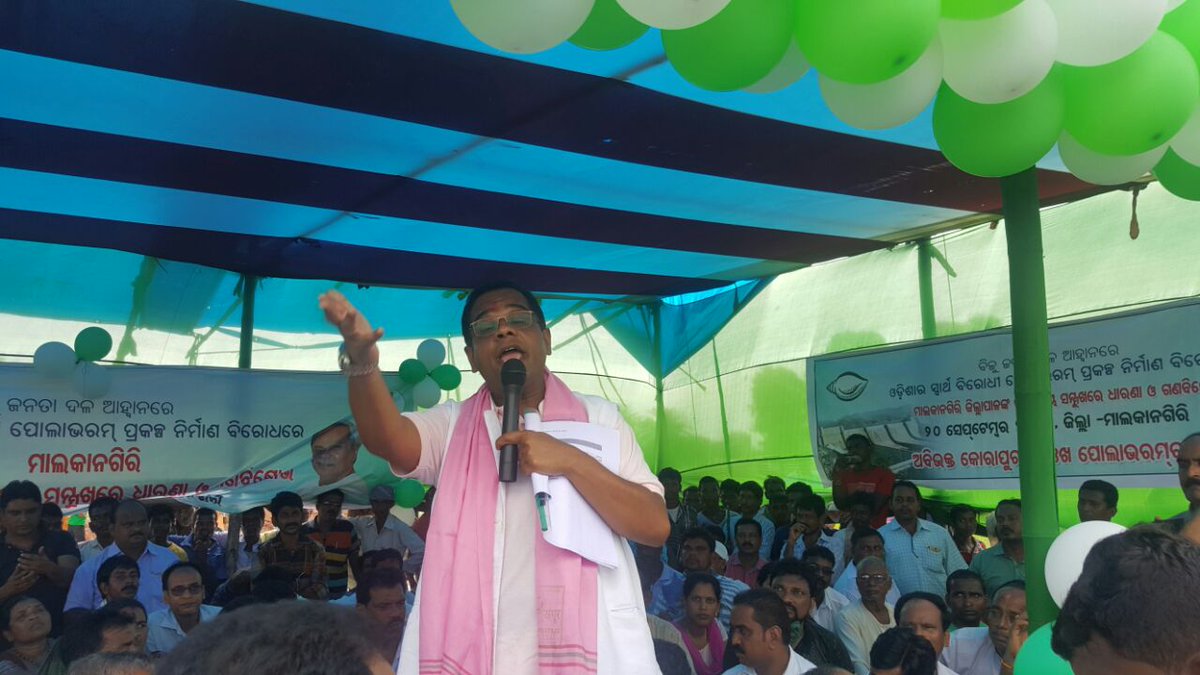 Leading a team of CJC workers from Chhattisgarh, Yogi addressed the gathering along with BJD leaders and explained that the project will not only affect Odisha but also his home state and Telangana.

“We, the people of the three states, will for a joint strategy and oppose the project. We are of firm belief that Modi Government will have to reverse its decision on the face of joint protests. The Polavaram project has to be scrapped,” said Yogi speaking to reporters.

He, however, made it clear that his party has offered support to BJD unilaterally to avoid speculation on a political equation between the parties.

BJD Spokesperson Pratap Deb issued a statement later in the day and clarified that his party never held any discussions with CJC on Polavaram issue or any other. He, however, did not explain Amit’s presence in a BJD meeting.

“Speculations are rife that we have some sort of dealing with the parties of Chhatisgarh and that is why they have joined the protests here. I would like to make it clear that CJC is a regional party. BJD did not have any sort of talks with them. They are holding protests at their level and we are doing it on our capacity,” he added.

Over 1500 teams to participate in rural hockey tourney in Odisha