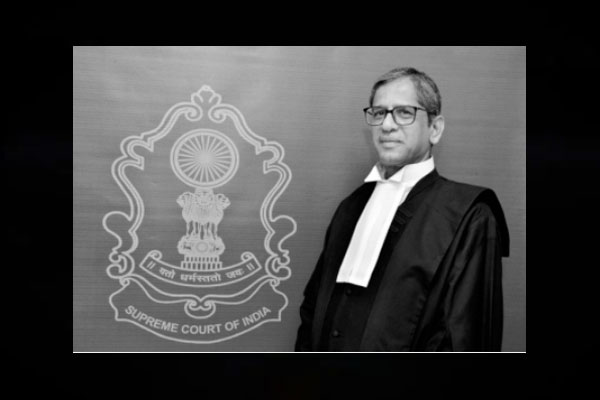 New Delhi:  The two candidates, who were said to be the front runners for the post of Director, Central Bureau of Investigation (CBI), were dropped after Chief Justice of India N.V. Ramana cited a Supreme Court guideline on the appointment of police chiefs.

According to sources, CJI Ramana pointed out the top court’s guidelines in the Prakash Singh case of March 2019, which made it clear that no officer with less than six months to retirement, should be appointed as police chief.

The source said that the CJI Ramana was insistent on this point, and he also got support from the Leader of Congress in Lok Sabha, Adhir Ranjan Chowdhury, which made the Prime Minister follow his demand.

With the citing of the SC order by the CJI, it was made clear that NIA chief Y.C. Modi, who is set to retire at the end of May, and Rakesh Asthana, who is currently heading the BSF and all set to retire in July this year, we’re out of the race for the top post of the CBI.

Sources said that Y.C. Modi and Asthana were among the top contenders for the post of Director, CBI.

However, after their names were dropped, the PM-led Selection Committee, which includes CJI and the Leader of Opposition in Lok Sabha during a meeting on Monday evening, discussed the names of three IPS officers, which included CISF chief Subodh Jaiswal, SSB DG K.R. Chandra, and Special Secretary in the Ministry of Home Affairs (MHA) V.S.K. Kaumudi.

Centre considering plea to provide Rs 4 lakh to families of…

A senior officer wishing not to be named pointed out that CJI Ramana has set a new bar in the selection of Director, CBI.

He said that the Prakash Singh judgment was about the appointment of DGPs of state police.

“However, CBI appointments are more guided by the Vineet Narain judgment, the CVC Act, and the Lokpal Act,” he said.

The chiefs of CBI have a fixed two-year term. However, this is for the first time that the condition of six-month tenure left before the appointment has been followed.

In March 2019, a bench headed by then CJI Ranjan Gogoi while hearing the petition filed by former UP DGP Prakash Singh had said, “We, therefore, clarify that recommendation for appointment to the post of Director General of Police by the Union Public Service Commission and preparation of panel should be purely on the basis of merit from officers who have a minimum residual tenure of six months i.e., officers who have at least six months of service prior to the retirement.”

Odisha +2 students will be awarded marks on basis of…