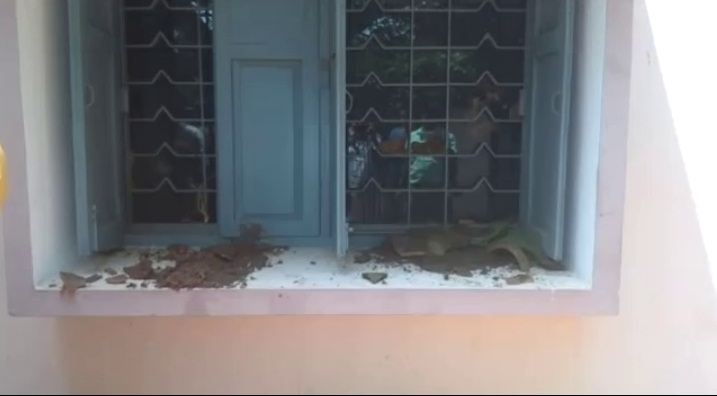 A woman, claiming to be the wife of Biju Janata Dal (BJD) MLA Braja Pradhan, was taken into police custody after she ransacked the lawmaker’s government residence here on Wednesday.

The woman, identified as Sonalika Mohanty, trespassed into the legislator’s residence at the MLAs’ colony here.

She could not enter the house as it was locked. However, she damaged flower vases and plastic chairs in the premises, said police.

BDA asks malls, hospitals and commercial buildings not to…

The MLA was not in the house when the incident occurred.

The woman alleged that Pradhan had physically tortured her when she demanded social recognition after they got married in Jagannath Temple at Puri on April 5, 2015.

“I don’t know why the police are not taking any action against the MLA even though I have lodged a complaint against him,” said Mohanty.

However, the BJD MLA denied the allegations.

“The allegations made by the woman are false and baseless. I am not married to her. I am a bachelor. It could be part of the conspiracy against me by political opponents,” Pradhan told reporters here.

Attack on poll candidates in Odisha capital: Security for…