Clash at Vedanta: Compensation for kin of 2 deceased announced 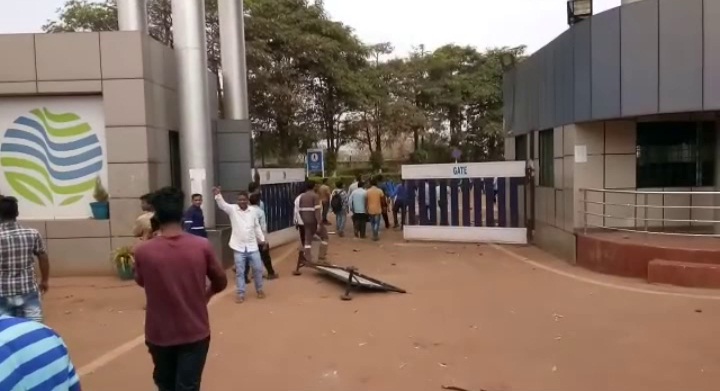 Lanjigarh: A day after the violent clash between agitators and security personnel at Lanjigarh unit of Vedanta’s alumina refinery plant, rendering two dead, normalcy has been restored.

Following a meeting between the agitators and Vedanta authorities in the presence of Kalahandi Suprintendent of Police Battula Gangadhar today, the two groups reached a mutual understanding.

Vedanta also announced a compensation of Rs. 25 lakh each for the families of the deceased.

Tension prevailed at the Vedanta plant site yesterday, as displaced locals of Rengupali village, agitating in front of Vedanta gate demanding jobs, were met by security personnel of the pant, who resorted to lathicharge to disperse the mob. One agitator identified as Dani Harijan and Odisha Industrial Security Force personnel died in the scuffle that also injured over 40 people.

Following the face-off, the district administration clamped section 144 outside the plant.