Over six ABVP activists suffered injuries after allegedly being assaulted by the security guards outside the admin block of the Jawaharlal Nehru University here on Monday. 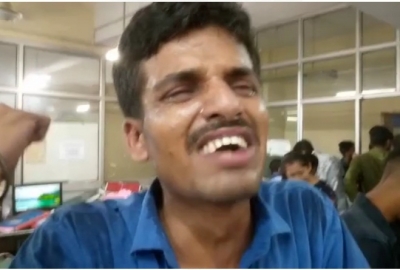 New Delhi: Over six ABVP activists suffered injuries after allegedly being assaulted by the security guards outside the admin block of the Jawaharlal Nehru University here on Monday.

The confrontation took place reportedly over the issue of scholarship which is delayed for the past two years.

According to the information, some students belonging to the ABVP had gathered outside the admin block to protest. They didn’t have permission for any kind of demonstration.

The security guards asked them to leave the admin blocks but the students didn’t budge. This led to a heated argument among them.

The students alleged that the security guards attacked them due to which they suffered severe injuries.

The police said that both the security guards and the students got injuries.

The students said that they were only demanding their stalled scholarship which was not being released.

However, as of now, no one has submitted any complaints to the police.

Two novices from Odisha, 2 nuns forced to deboard train by…

Last date for submission of entrance exam forms for JNU,…