Clash of titans in epic electoral battle of Ekamra: Mahatab vs Biju 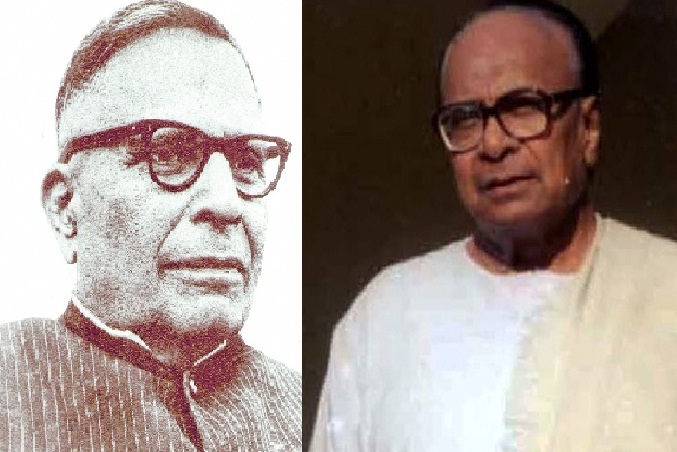 Bhubaneswar, popularly known as Ekamra Kshetra, is the abode of Lord Shiva. Puranas tell us how Shiva and Parvati had descended on this place to rest under the shade of a lone mango tree (Eka Amra) and made it their home. This historic city of temples came to be known as Bhubaneswar, which was later chosen as the Capital city of Odisha. This is the place which witnessed an epic electoral battle in 1971, between two towering personalities of Odisha politics Dr. Harekrushna Mahatab from Congress and Biju Patnaik from Utkal Congress.

We don’t usually see direct electoral fights between top leaders of rival parties for obvious reasons. But Bhubaneswar Assembly Constituency saw an exception when both these titans locked horns in a frontal battle here. Dr. Mahatab, who had been the Chief Minister of the State twice, was popular in Bhubaneswar as he was the person instrumental in getting Bhubaneswar chosen as the New Capital of Odisha. He had won from two constituencies, Bhubaneswar and Basudevpur, in the previous elections in 1967. Since he chose to retain Basudevpur and resign from Bhubaneswar, his wife Subhadra Mahatab got elected in his place. It was natural for him to contest from Bhubaneswar again in 1971.

In case of Biju Patnaik, it was a different story. After breaking away from Congress, he had formed a new party of his own named ‘Utkal Congress’. For him it was important to field worthy candidates all over the State and get them elected to take his chances in forming the Government. He had earlier won from places like Jagannathprasad, Surada and Choudwar, but had never tried his luck at Bhubaneswar. So a number of eyebrows were raised when he decided to take on Dr. Mahatab at Bhubaneswar. Nilamani Routray, a close political associate of Biju Patnaik writes in his autobiography, ‘Smruti o Anubhuti’, Initially it was decided to field Sasi Bhushan Mishra at Bhubaneswar from Utkal Congress. But in the last moment, it was Biju babu himself who filed his nominations there.

Biju babu, known for his bold and audacious decisions all through his political career, was fighting against a countrywide electoral wave in favour of Congress. But his level of confidence was high and he did not really think twice before challenging Mahatab in his own den at Bhubaneswar.

All eyes were set on Bhubaneswar and people were waiting with bated breath for the election results. In Bhubaneswar, there were five more candidates other than Dr. Mahatab and Biju Patnaik. They were Ram Krushna Pati from CPI, Sadashib Nanda from Forward Block, Pran Nath Mohanty from Swatantra Party and two Independents, Rama Chandra Kar and Kailash Chandra Badu. But at the end, it was Dr. Mahatab who won. Out of 46,212 valid votes Mahatab polled 20,274 and Biju Patnaik polled 14,697 votes. But it was only the first part of the battle which Mahatab won, because the final and decisive round was still awaited in the floor of the assembly.

Although Congress did exceptionally well in Lok Sabha polls held simultaneously winning 15 out of 20 seats from Odisha, the party could only bag 51 out of 140 seats in the Assembly, far short of the majority mark. In the effort to form a government by forging a coalition, Mahatab lost out as Swatantra Party (36), Utkal Congress (33) and Jharkhand Party (4) came together to form a Coalition Government under the leadership of Biswanath Das.

Though Dr. Mahatab had won the first round of the epic battle, it was Biju Patnaik who had the last laugh in the last and decisive round by keeping Mahatab away from power.