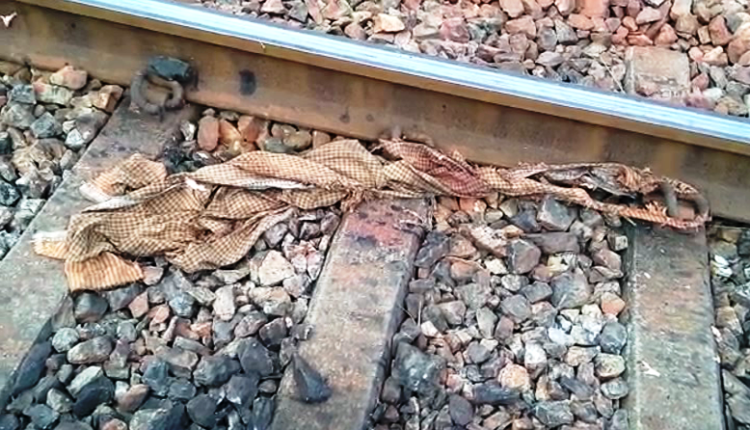 Rayagada: Listening to music using earphones with high volume while commuting proved fatal for a Class 10 boy in Odisha’s Rayagada district after he was crushed to death by a train yesterday.  One Akash Kondagori was run over by Rayagada-Sambalpur Tapaswini Express while he was walking on a railway track with earphones plugged in near Khamanasahi in the district last evening.

Reportedly, Akash had gone to a nearby stream with his friend to take bath yesterday afternoon. While walking back to his house, Akash was listening to music using earphones in high volume. As he could not realize about the express train coming from behind, the train ran over him killing him on the spot.

Later, some locals spotted his body with smashed head and a severed leg on the track and immediately called up the railway police. The cops sent the body for post-mortem and began an inquiry in this connection.

Class 10 boy with earphones on crushed to death by trainrayagada