Students made to kneel down during prayer class in Odisha school 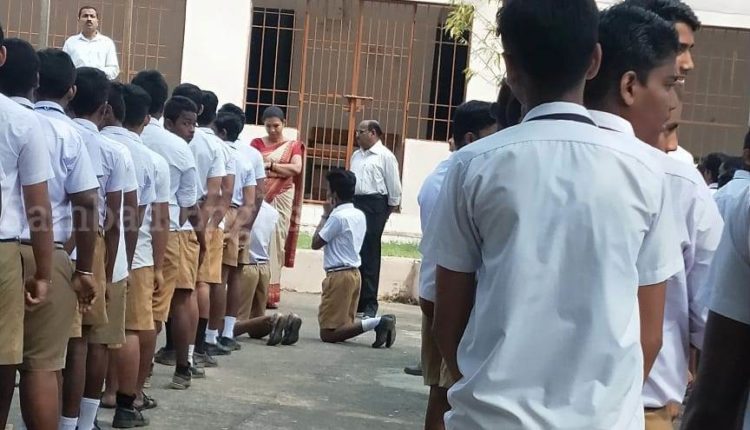 Baripada: A Class IX student of MKC High School of Mayurbhanj district was allegedly mentally harassed after being asked to kneel down as punishment during prayer class today. Mother of the student, Sumit Kumar Sahu, and member of the School Management Committee, Sasmita Behera accused the school headmistress of keeling her son intentionally. She lodged a complaint at the Baripada Town police station against the headmistress.

Sasmita said the headmistress, Pragyan Paramita Jena gave sarcastic remark about the hairstyle of Sumit and punished him in front of others students and school teachers. Demanding action against the headmistress Sasmita further said though the State government declared schools as punishment-free zone, the act of headmistress caused mental strain on his son. “Sumit was unable to write his answer sheet during English examination following the incident. Even he told me about taking the extreme step,” she further said.

“I had no intention to physically or mentally harass any student,” the headmistress said.