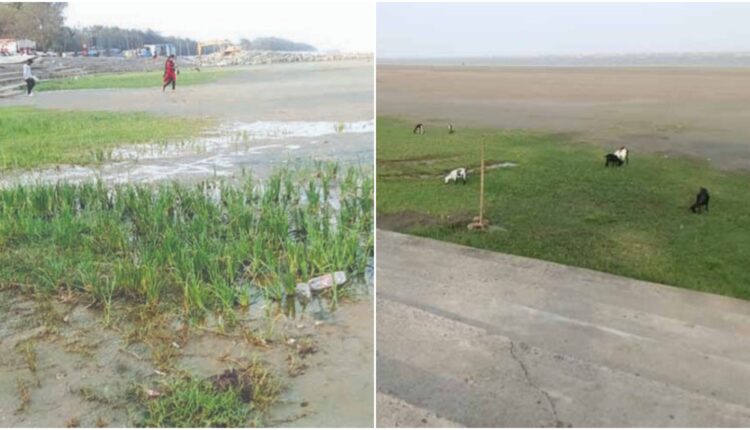 Bhubaneswar: Chandipur sea beach in Balasore district of Odisha, also known as ‘hide and seek’ beach, is one of the strangest beaches in world. The climate change, which is disrupting the usual balance of Nature and poses many risks to human being, also affects the magical beach.

Chandipur beach, located about 16 km away from Balasore town and 207 km from Bhubaneswar city, is unique in many ways. This is the beach in eastern India, where the sea disappears or recedes suddenly by approximately 5 km every day. It not only enthralls the onlookers but also offers an opportunity to walk into the sea. It happens twice a day due to high and low tides occur during a certain interval of time. The unique phenomenon is rarely seen anywhere else in the world.

The beach supports a varied range of biodiversity. The Nature’s wonder is surrounded by green Casuarina trees and pristine waters. The red crabs and horse-shoe crabs have made their houses in the beach. Irrespective of this uniqueness, the beach is now covered with grass.

According to environmentalists, it is a rare occurrence to see grass or vegetation on a saline beach. They fear that if the seawater did not reach the shore regularly, the beach will turn into a grassland.

Locals said that they had never seen such grass at the vast beach in Chandipur. But, now the area from Chandipur to Balaramgadi and Naupalgadi are covered with green grass. Earlier, the beach was flooded with seawater everyday. Visitors used to wait until dawn to see the rising tide of the sea. However, the tides are touching the shore only on full moon and new moon days. The salinity of the soil is assumed to be declining due to lack of regular tides for which the grass is grown on the beach.

“Growing grass on the beach in Chandipur is a rare occurrence. Because it is one of the strand plain beaches. Every day, sea tides touch the shore and return to the deep sea. It’s not possible to grow grass or shrubs on the soil rich in seawater. If so, that’s a good sign. More research is needed on what types of grass grow in salt water. In addition, a beautiful garden can be made in this place for tourists visiting Chandipur beach,” said Professor Suryendu Dey, Environment Science Department, Fakir Mohan University.

Speaking over the development, a renowned researcher and Zoology Professor Bishnu Charan Das said, “Such changes at Chandipur beach can be attributed to climate change. Due to cyclonic storms frequently form over the Bay of Bengal, the State is witnessing both sea erosion at many places and sea is receding about long kms in some coastal area. As the tides move in, the salt content of the soil continues to decrease due to rainfall paving a way for varieties of plants grow under influence of freshwater and mud.”

“This apart, many people visit the sea beach for worship on various occasions. The scutch grass, paddy and a variety of grains they bring for worship are used there. As long as the essentials are under the influence of tide, they do not germinate. If the sea receded now, the shore might have lost its salt content for which the grass has begun to grow. However, extensive scientific research is required to ascertain the cause,” he opined.

Recently, samples containing grass and soil of the Chandipur beach have been sent for examination.