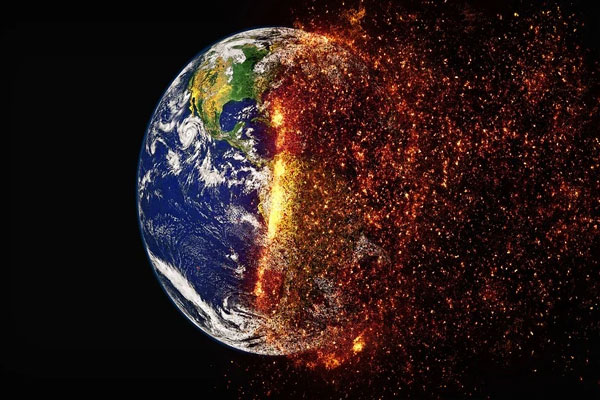 United Nations:  Almost two-thirds of over 1.2 million people surveyed worldwide have said that climate change is a “global emergency”, urging greater action to address the crisis, results from the biggest-ever climate poll revealed.

The survey covered 50 countries with over half the world’s population.

“The results of the survey clearly illustrate that urgent climate action has broad support amongst people around the globe, across nationalities, age, gender and education level,” Achim Steiner, UNDP Administrator said in a news release.

The poll also showed how people want their policymakers to tackle the climate crisis.

“From climate-friendly farming to protecting nature, and investing in a green recovery from Covid-19, the survey brings the voice of the people to the forefront of the climate debate. It signals ways in which countries can move forward with public support as we work together to tackle this enormous challenge,” Steiner added.

The UNDP said that the poll was the world’s biggest survey ever of public opinion on climate change.

It was conducted as countries prepare for negotiations at November’s COP26, the 26th session of Conference of the Parties to the UN Framework Convention on Climate Change.

The survey asked respondents if climate change was a global emergency and whether they supported 18 key climate policies across six action areas: economy, energy, transport, food and farms, nature, and protecting people.

How India’s rice yield can adapt to climate change…

Its target audience of 1.2 million included over half a million people under the age of 18, a key constituency on climate change that is typically unable to vote yet in regular elections.

Innovations, such as distribution across mobile gaming networks, were used to ensure that the young audience were reached.

For instance, in eight of the 10 survey countries with the highest emissions from the power sector, majority backed more renewable energy.

In four out of five countries with the highest emissions from land-use change and enough data on policy preferences, the majority supported conserving forests and land.

Nine out of 10 of the countries with the most urbanized populations backed more use of clean electric cars and buses or bicycles.

The survey also found a direct link between a person’s level of education and their desire for climate action, according to UNDP.

The findings also revealed that while younger people (under 18) were more likely to say climate change is an emergency, other age groups were not far behind, with 65 percent aged 18-35; 66 percent aged 36-59; and 58 percent over 60, expressing affirmation.