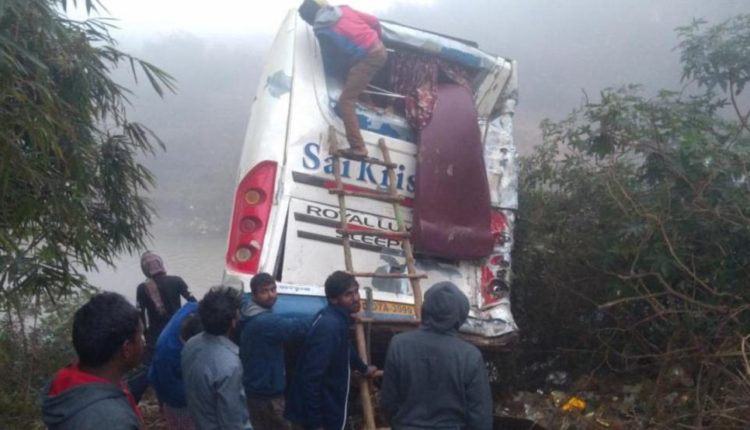 Koraput: As many as 30 tourists, including some children, escaped with injuries when the bus they were travelling in overturned after an oil tanker rammed the vehicle in Odisha’s Koraput district this morning.

The incident occurred on NH-26 near Hatapada in Kunduli under Pottangi block of the district.

According to reports, the bus named ‘Sai Krushna’ was stationed near a bridge after returning from a month-long religious tour when the oil tanker bearing Andhra Pradesh registration number (AP31TF-2767) rammed into the vehicle. The bus skidded of the road and plunged into a nearby rivulet due to the collision.

All the passengers hail from Kunduli area.

The cleaner and helper of the oil tanker were injured and admitted to Kunduli Primary Health Centre where their condition is stated to be stable.

The mishap occurred due to low visibility caused by thick smog in the area, sources added.

Meanwhile, police rushed to the spot and seized the tanker. Investigation has begun into the incident.

Odisha for institutionalisation of CSR activities