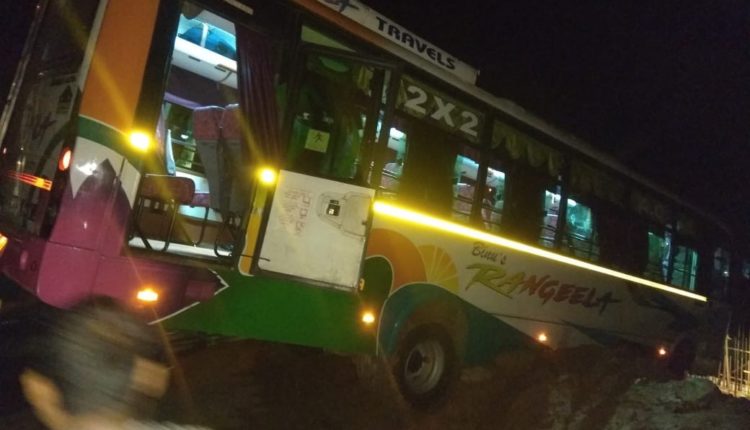 Bhanjanagar: Around 50 tourists had a narrow escape as a bus carrying them met with an accident at Gajalbadi ghat under Surada police limits in Odisha’s Ganjam district, last night.

According to reports, the tourists, including several students, had come to Daringbadi from Bhubaneswar in the bus for picnic. While returning, tyre of the ill-fated vehicle burst at the ghat, as a result of which the driver lost control over the wheels.

Fortunately, the bus didn’t fall off the ghat and was found partially hanging over the edge of a cliff. Occupants of the vehicle came out through the emergency exit of the bus.

On being informed, police and Fire personnel reached the spot, rescued the tourists and sent them to Surada in another bus.