ODISHA LATEST
By Sambad English Bureau On May 21, 2019 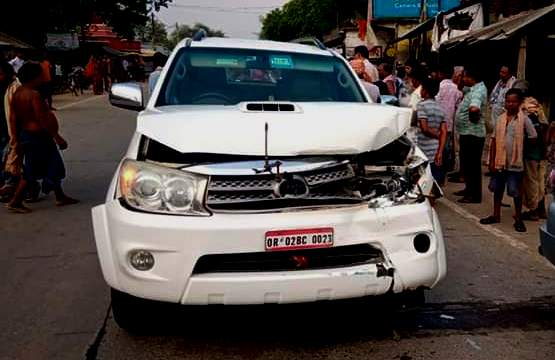 Bhubaneswar: Senior Bharatiya Janata Party (BJP) leader Kanak Vardhan Singh Deo had a narrow escape as the car in which he was travelling met with an accident this afternoon.

The BJP legislature party leader in Odisha assembly was travelling with his wife Sangeeta when the mishap took place. The duo was returning to Patnagarh from Sonepur.

The SUV in which they were travelling hit a truck from rear near Khambeswaripali in Sonepur district.

The couple escaped unhurt in the mishap in which the vehicle bearing registration number OR02BC 0023 was badly damaged.