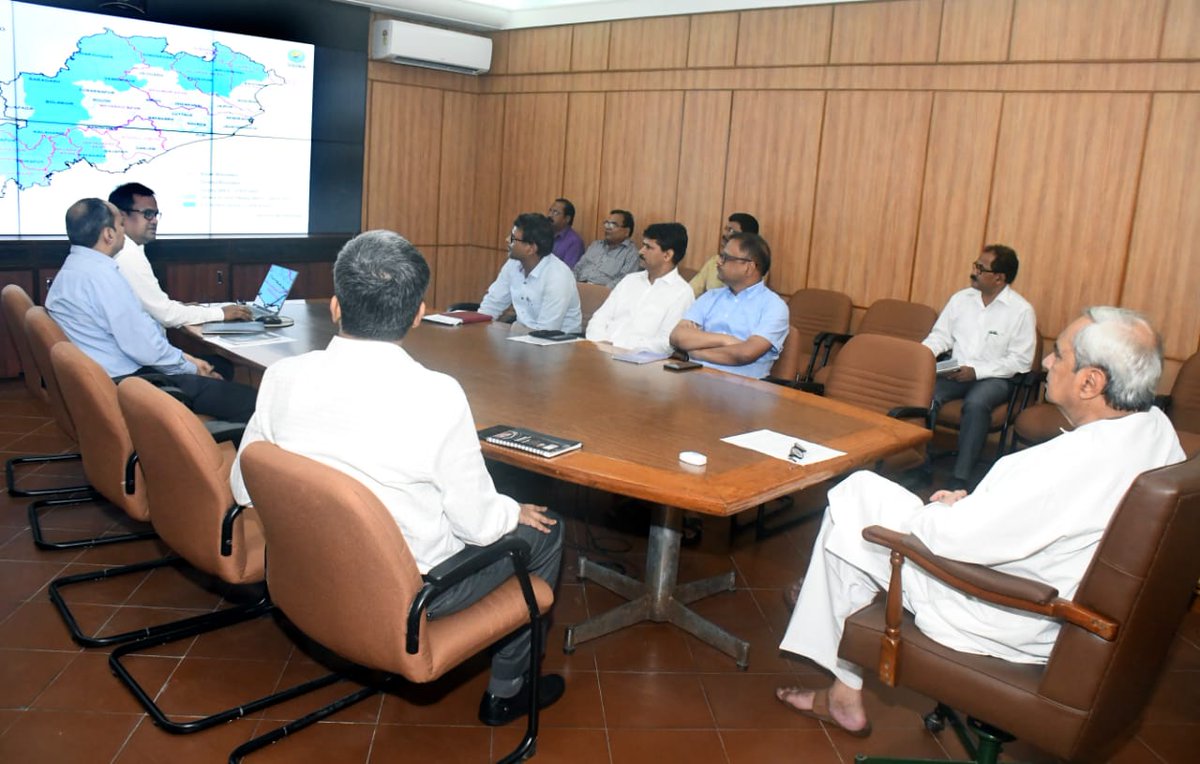 After reviewing the flood situation, Patnaik announced distribution of relief materials for affected people in the district for a weak. Adults will get Gratuitous Relief (GR) worth Rs 60 per day while children aged below 12 yrs will get relief worth Rs 45 per day. The relief materials include food materials, drinking water and sanitation facilities.

The CM also directed the district administration to reach out to affected people and provide all possible assistance.

Incessant rain since last night under the impact of cyclonic storm DAYE has created flood-like situation in several parts of the district including MV 11, Parlakota and Korukonda. Road communication between Malkangiri and Balimela has been snapped as around 10-feet flood water has flooded several roads in the areas. Many people residing in low-laying areas have moved to safer places to take shelter.

Sources said Malkangiri recorded the highest rainfall during the last 24 hours with Korukonda and Malkangiri blocks of the district receiving 403 mm and 265.4 rainfall, respectively.