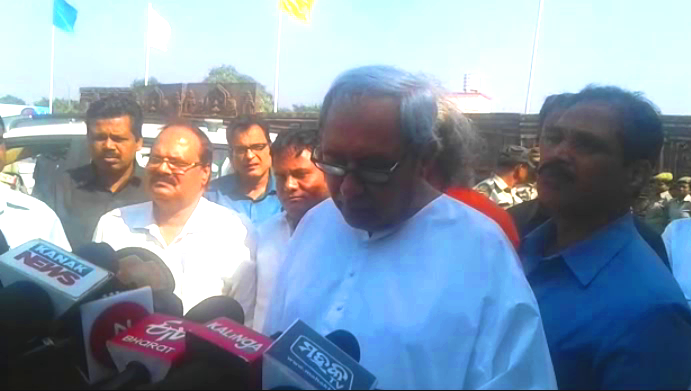 The drinking water project built on PPP mode would carter to the needs of IIT Bhubaneswar, NISER and Industrial Estate under IDCO, besides Khordha and Jatni. Water will be collected from Naraj in Cuttack for the project, sources said.

On the occasion, the CM also inaugurated 500 drinking water projects for 95 Urban Local Bodies (ULBs) under the Basudha scheme.

Speaking on the occasion, Patnaik said, “500 drinking water projects at a cost of Rs 408 crore were inaugurated today to provide piped drinking water to 33 lakh people of 95 towns of the State.”

The Basudha scheme envisions providing drinking water to all urban households, he added.

Among others, Minister Niranjan Pujari, MP Prasanna Patsani and local MLA Rajendra Sahu were present at the event.