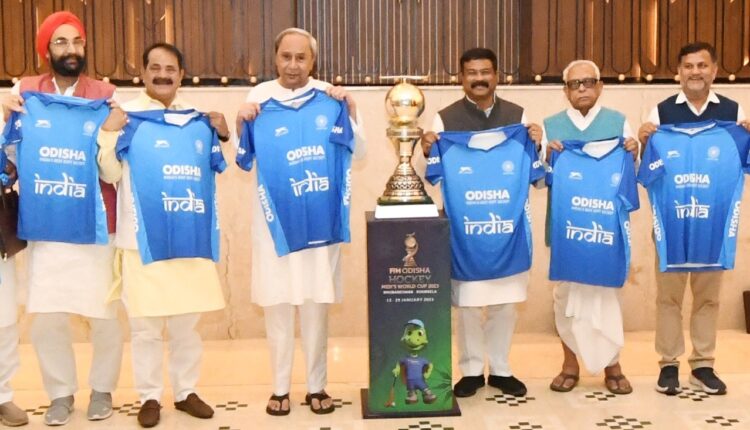 Bhubaneswar: The Chief Ministers of all states to be invited to the FIH Hockey Men’s World Cup-2023, scheduled to be held in Odisha from January 13 to 29 next year.

This was revealed by Chief Minister Naveen Patnaik at an all-party meeting here today for smooth organisation of the mega sporting event in the state for the second time in a row. Odisha had hosted the Men’s Hockey World Cup in 2018.

The Chief Minister thanked the Centre and Prime Minister Narendra Modi for providing the necessary help to Odisha to host Hockey Men’s World Cup-2023. He also sought the cooperation all political parties for successful organisation of the mega event in the state. 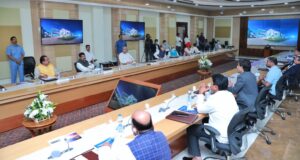 “This is a proud moment for not only Odisha but also for the entire country. We all should work together for smooth organisation of this mega sporting event,” said the Chief Minister.

Participating in the meeting, BJP leader and Union Education Minister Dharmendra Pradhan praised the state government for hosting the men’s hockey world cup for the second time in a row. “We all should work together to create at least 100 Olympians from Odisha by the state’s centenary celebrations in 2036,” Pradhan said.

The Union Minister also put emphasis on the inclusion of topics on the successful organization of men’s hockey world cup in Odisha in school textbooks and promotion of various sports in the state.

Congress Legislature Party (CLP) Narasingha Mishra moved a proposal for construction of hockey stadiums in all 30 districts of Odisha.

Chief Secretary Suresh Chandra Mahapatra proposed a vote of thanks.