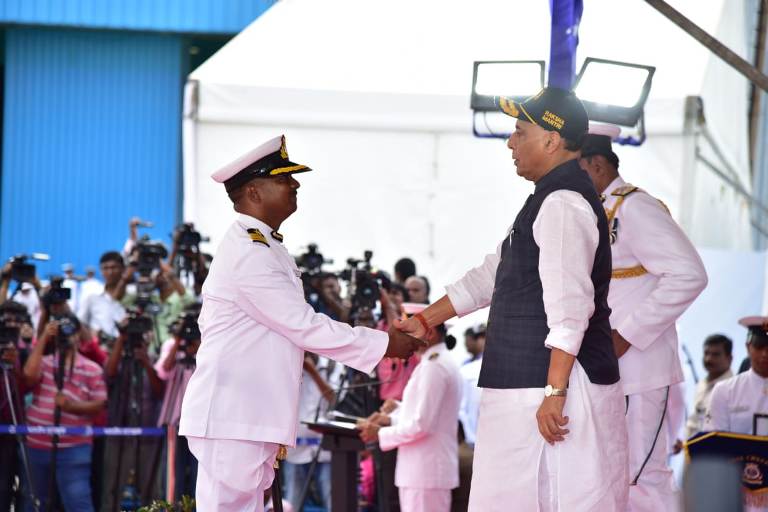 Bhubaneswar: Coast Guard DIG Anwar Khan from Bhubaneswar has been conferred with ‘Tatrakshak’ gallantry medal. At a special programme in Chennai on Tuesday, Defence Minister Rajnath Singh presented the award to Khan for his valour.

While he was commanding Coast Guard ship ‘Varad’, Khan rescued 11 persons stranded in a ship in Chennai coast during cyclone Rohanu on May 18, 2016.

Earlier, the 1997 batch Indian Coast Guard officer was honoured with DGICG, COMCG and CINCAN commendation for his acts of bravery.

At present, Khan is commanding the pollution control vessel of the Eastern Sea Board, ‘Samudra Paheredar’ at Visakhapatnam.