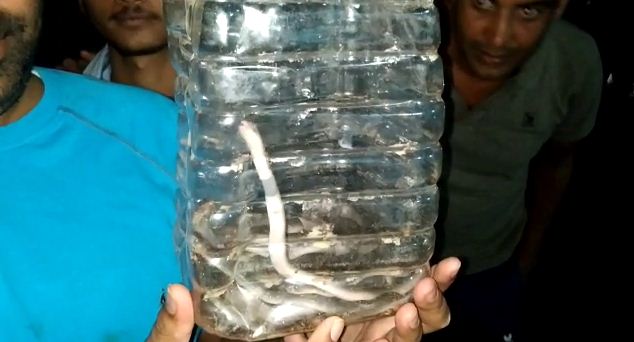 Nabarangpur: A female cobra along with 22 hatchlings were rescued from the backyard of a house at Papadahandi in Odisha’s Nabarangpur district last evening.

A cobra was initially spotted by a person who informed the family members. Later, the villagers with the help of a local snake charmer rescued the reptiles.

The snakes were then released into a nearby forest. The family members suspect presence of more cobras in the backyard.