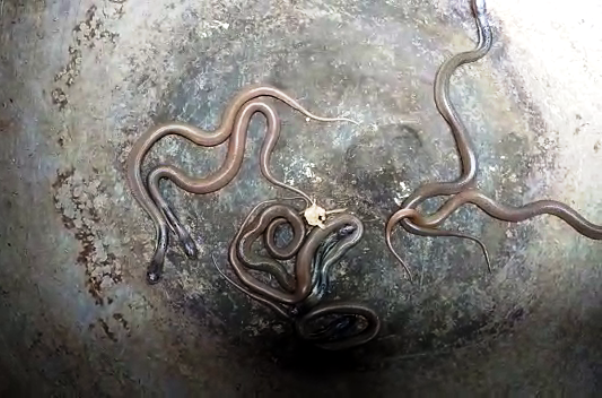 Bhadrak: A female cobra along with 24 hatchlings was rescued from a house at Dehuri Anandapur village under Dhamnagar block here in the district today.

According to reports, the presence of dozens of cobras had come to fore after Khageswar spotted a dead snake inside a container on Tuesday evening. Later, a baby cobra was found at his puja room.

The panicked resident immidiately informed the snake helpline about the incident.

On receiving information, Mirza rushed to Khageswar’s house and caught a female cobra along with her babies after digging up a portion of the structure. The locals were frightened to witness huge number of snakes inside the home.