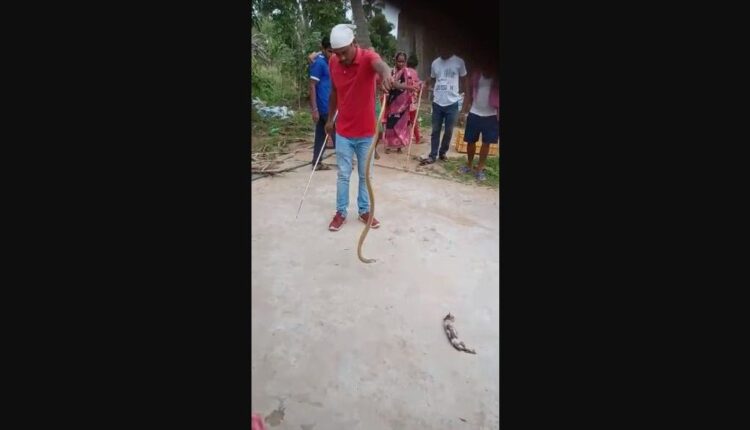 Puri: In an unusual incident, a cobra reportedly engulfed a kitten at Tinikuda village under Brahmagiri block of Odisha’s Puri district.

According to reports, the incident took place at the house of one Kalu Charan Swain in the village when two kittens intercepted the snake when the reptile was entering inside the house.

A face-off occurred between the kittens and snake which lasted for a few minutes. While one of the kittens died after being bitten by the snake, another kitten met the same fate as the reptile engulfed it.

On being informed, a Snake Helpline member reached the spot and rescued the cobra that regurgitated the dead kitten. The snake was later released into a nearby forest.