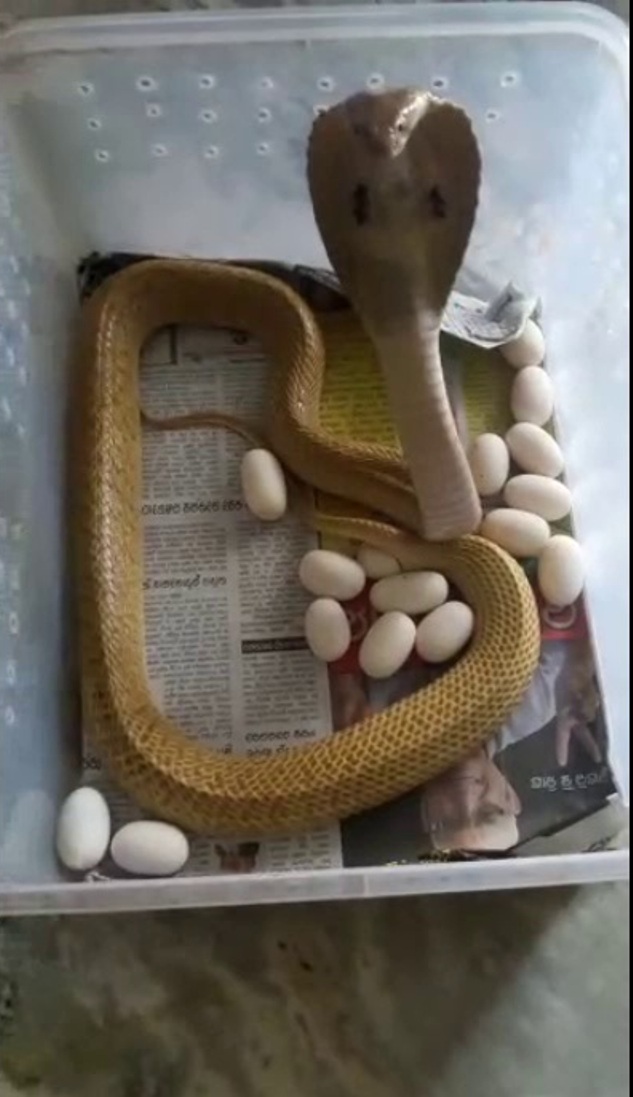 According to reports, the snake was spotted in a local’s house on April 27 in the city. The snake helpline volunteer rescued the cobra and suspected it to be pregnant. On suggestion from his authority, he decided to release it in the forest in early morning. However, he found three eggs inside the bag where the snake was kept. Later, the snake was handed over to Snake Helpline office where the cobra laid 23 eggs.

Later, the snake was released in a forest. The eggs have been kept with proper care for next 60 days for incubation.

“The volunteer suspected the snake to be pregnant while he was rescuing it from a local’s house in Bhubaneswar. I suggested him to keep the snake in the bag for the day and leave it in the forest in early morning. When he was about to release the snake at around 5.15 am, he found three eggs inside the bag. I suggested him not to release the snake anymore. The yellow cobra laid few eggs when it was brought to Snake Helpline office here,” said Subhendu Mallick, founder of Snake Helpline.

“When I received the snake, it had already laid eggs in the bag. Attempting to create a proper environment for delivery of the reptile, I kept the snake inside a plastic box making holes into the container. Later, it started laying more eggs in the plastic box. We were checking the snake and filming the entire episode when it was laying eggs. The snake laid total 23 eggs within regular gap of time by 1.00 pm,” he said.

Later, we released the snake into forest and made arrangement for incubation, he added.

For the corpse burners of Varanasi, untouchability is still a reality