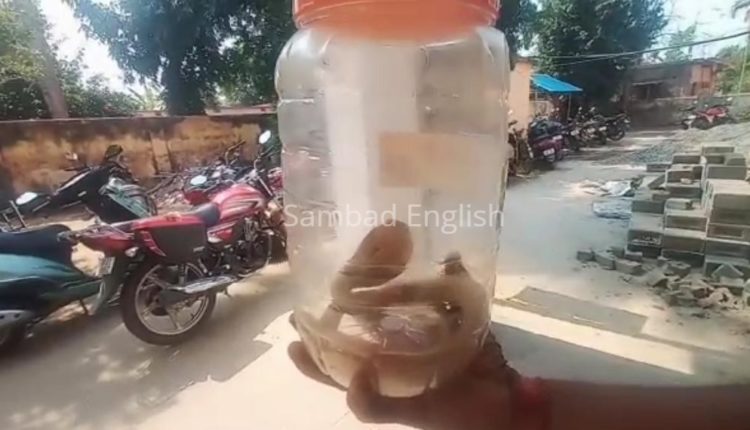 Jagatsinghpur: Panic spread to campus of Collectorate in Jagatsinghpur district after a venomous snake was found at the office here today.

The incident took place at around 11.30 am at Collectorate where the people in large number had gathered for public hearing.

After spotting a cobra on verandah, the frightened public started running away from the premises.

While everyone was asking to contact the snake catching services, a youth showed his courage. He rescued the cobra, which hiding under a mat lying on the verandah, and confined it inside a plastic container.