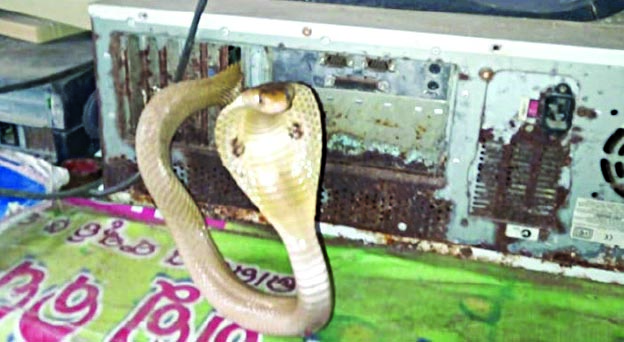 Dhauli: A 5-ft-long cobra was rescued from a computer CPU at a private school located at Khelar area of Puri district on Sunday.

The venomous snake was spotted at office of Saraswati Shishu Mandir school during a meeting at around 5.00 pm.

The panicked officials informed the snake helpline to rescue it.

On receiving information, the snake helpline member Biranchi Narayan Acharya engaged at Balakati area, reached the school and rescued the cobra, who got stuck inside the computer CPU.

Later, he released the snake into a nearby forest.