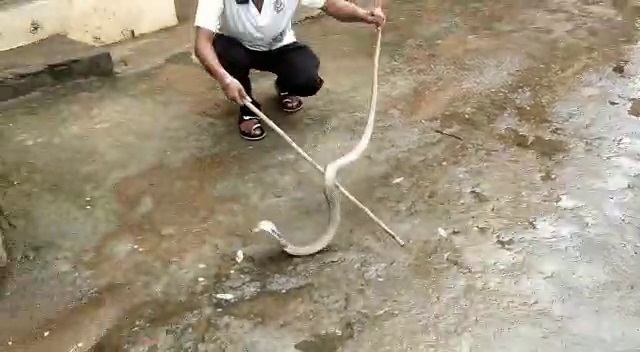 Berhampur: A cobra, species of highly venomous snakes, was rescued from a government quarantine centre at Mahanala area under Sanakhemundi block in Ganjam district of Odisha.

The rescued snake is a male and is assumed to be around 5-ft-long in size.

A member of People for Animals rescued the venomous snake species from the quarantine centre and released it near a hill.

According to reports, around 40 migrants workers are staying at the COVID-19 quarantine centre set up at Mahanala school since past 10 days after they returned from Surat.

On receiving information, Subham Sahoo, a member of the organisation, reached the quarantine centre and caught the snake successfully. Later, he released the snake into the wild.