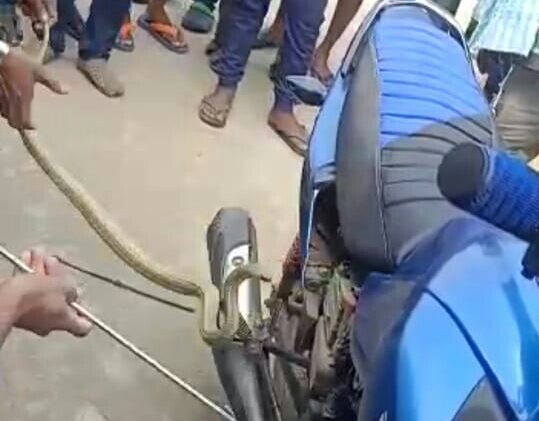 Balianta: A 4-feet-long cobra was rescued from seat of a motorcycle at Sarakana village under Balianta police limits in Khordha district yesterday.

According to reports, the cobra had entered into yard of a house of Bimal Kumar Sahoo, a resident of Sarakana village, on Sunday noon. The family members were frightened to see the poisonous snake on premises of the house. They attempted to ward off the snake but failed as the reptile managed to hide under seat of a motorcycle kept at the yard to save its life.

The panicked family members contacted the snake helpline member Biranchi Acharya to rescue the snake from the house.

On receiving information, Biranchi reached the house and rescued the cobra from seat of the two-wheeler. He released the snake into a forest area.