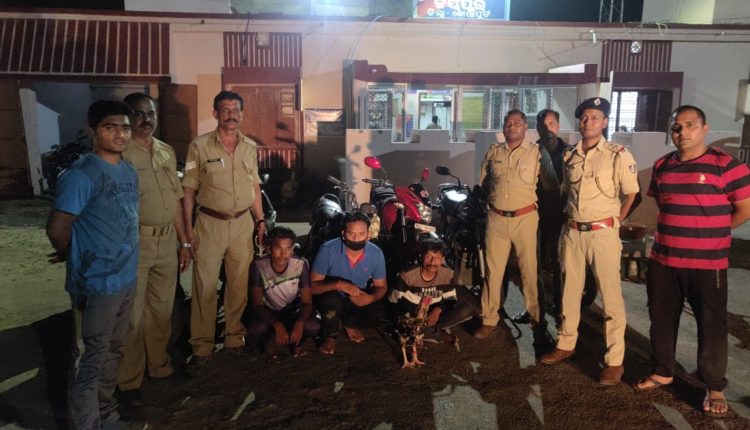 Acting on a tip-off, the police raided a place in Dhubuli and caught three persons engaged in cockfighting. The accused were identified as Prakash Sahu of Jaya Nagar, Jeypore, Prafulla Naik of Umuri and Mangaraj Harijan of Ekamba.

The police seized knife, cash of Rs 1,410 and six motor cycles from the possession of the accused.

After registering a case, the police forwarded the trio to the court.

Four held while smuggling ganja in water tanks in Odisha

Man gets 7-year RI for raping minor in Odisha