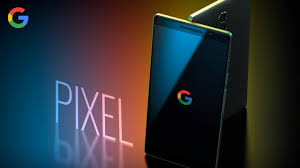 New York: Google Pixel 2 smartphones have been code-named ‘Taimen’ and ‘Walleye’ and the bigger variant will have a 5.99-inch display, a new leak has said.

According to a post by US-based developers’ platform XDA-Developers, the bigger Google Pixel 2 — code-named ‘Taimen’ — will feature a 1440p OLED panel.

The devices will run on Snapdragon 835 with 4GB RAM and 128GB storage. The note said the devices will have a glass and metal finish and might contain a single rear camera with dual LED flash.

The ‘Walleye’ or the smaller Pixel 2 will have 4.97-inch display with a resolution of 1080p. This device will also run on Qualcomm Snapdragon 835 processor, and has 4GB RAM and 64GB storage.

The devices would have slim bezels and premium pricing.

In 2016, Pixel were codenamed as Sailfish (Pixel) and Marlin (Pixel XL).

Reportedly Google has sold one million Pixel devices till now.

Based on the number of downloads of the launcher, it was reported that Google sold a million Pixel devices in past eight months. (IANS)