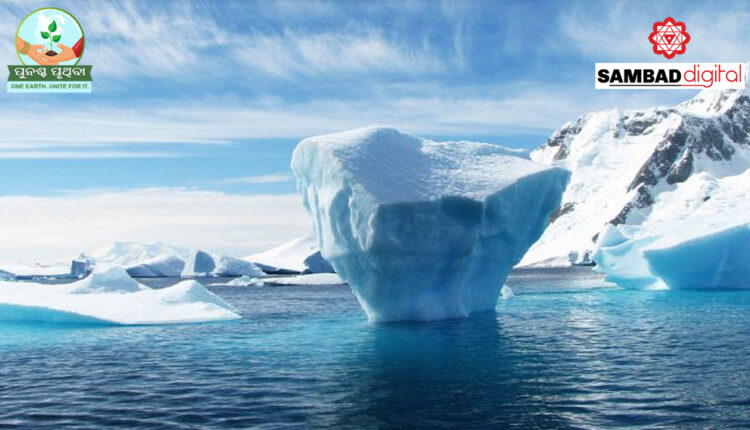 The recent collapse of a 1,100km2 ice shelf in Antarctica came at a time of record high temperatures and is a symptom of a planet in climate crisis, experts say.

The Conger ice shelf, which cleaved away from the eastern side of Antarctica in March, is the latest victim of rising temperatures at the Earth’s poles. Experts say as the polar regions warm, more ice is likely to melt, potentially pushing up sea levels and inundating coastal communities.

“The current concentration of greenhouse gases is higher than at any time in human history. It’s a very worrying signal,” said Pascal Peduzzi, Director of the Global Resource Information Database (GRID) – Geneva. GRID-Geneva is a partnership between the United Nations Environment Programme (UNEP), the Swiss Federal Office for the Environment and the University of Geneva.

The temperature at Vostok Weather Station in the central part of Antarctica in March normally averages -53°C. But between March 16 and March 20, around the time the ice shelf is believed to have collapsed, the temperature was on average 35°C warmer, hitting a balmy-for-Antarctica -18°C on March 17. The heat wave is part of a warming trend being recorded globally.

Satellite imagery, which dates back five decades, shows sea ice at both poles is in retreat. On February 21, 2022, Antarctic sea ice, which has until recently been stable, reached its minimum since measurements began in 1979.

The situation is much more dramatic at the opposite side of the planet. Forty years ago sea ice in the Arctic was typically three to four meters thick. Today, it is around 1.5 metres, according to a recent UNEP report, the Foresight Brief. Thinner ice and more open water lead to increased absorption of sunlight and increased melting in summer. Since 1979 around 50 per cent of summer sea ice coverage has been lost.

Melting sea ice leads to changes in the marine ecosystem, ocean circulation and weather events. In both the Arctic and Antarctica, warmer ocean water contributes to the melting of ice sheets. While Arctic melting doesn’t lead to a significant rise in sea levels, as the ice is already in the water, melting of Greenland or Antarctic ice will as it sits on land.

(This story is a part of ‘Punascha Pruthibi – One Earth. Unite for It’ awareness campaign by Sambad Digital.)